Please ensure Javascript is enabled for purposes of website accessibility
Log In Help Join The Motley Fool
Free Article Join Over 1 Million Premium Members And Get More In-Depth Stock Guidance and Research
By Demitri Kalogeropoulos - May 10, 2021 at 8:45AM

The software provider boosted its outlook after a strong first quarter.

Five9 (FIVN 0.87%) shareholders beat a booming market last month. Their stock jumped 20% in April compared to a 5.2% spike in the S&P 500, according to data provided by S&P Global Market Intelligence.

The boost added to a big rally for the stock, which is up over 70% in the past 12 months. 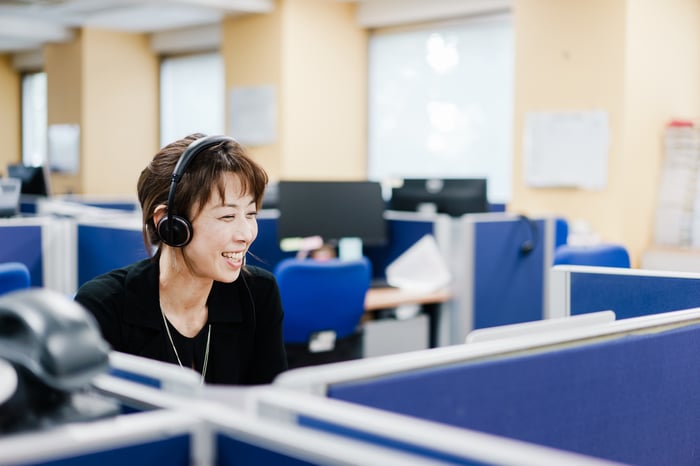 Investors were thrilled with the cloud software provider's first-quarter earnings report, which was released on April 29. That announcement revealed a 45% sales increase along with solid profit gains. "Our first quarter results exceeded expectations across the board," CEO Rowan Trollope said in a press release.

Management raised its 2021 growth outlook and now sees sales reaching between $548 million and $551 million compared to the prior range of $519 million to $521 million. Net losses will be slightly lower than originally projected, too.

Those losses, and Five9's small sales base, might keep the stock price volatile for the time being, especially when a single postponed contract might have a significant impact on quarterly revenue. Yet shareholders should be happy to see the company gaining traction in its core niche while crafting a wider product portfolio.