Please ensure Javascript is enabled for purposes of website accessibility
Log In Help Join The Motley Fool
Free Article Join Over 1 Million Premium Members And Get More In-Depth Stock Guidance and Research
By Lou Whiteman - May 12, 2021 at 5:49PM

A U.S. senator has suggested adding funding to allow for two winners.

Jeff Bezos' Blue Origin was dealt a blow last month when NASA selected rival SpaceX for a $2.9 billion lunar lander contract. But if one U.S. senator has her way, the Amazon founder's space company could get another shot at the award.

Sen. Maria Cantwell, a Democrat from Washington, has introduced legislation to authorize an additional $10 billion to NASA's Artemis moon landing program. The funding, which would run through fiscal year 2026, also calls for NASA to pick a second lunar lander candidate.

NASA would seemingly be open to such an arrangement. The agency had originally intended to pick two winners to ensure redundancy, but said it instead went solely with Elon Musk's SpaceX due to budgetary concerns. 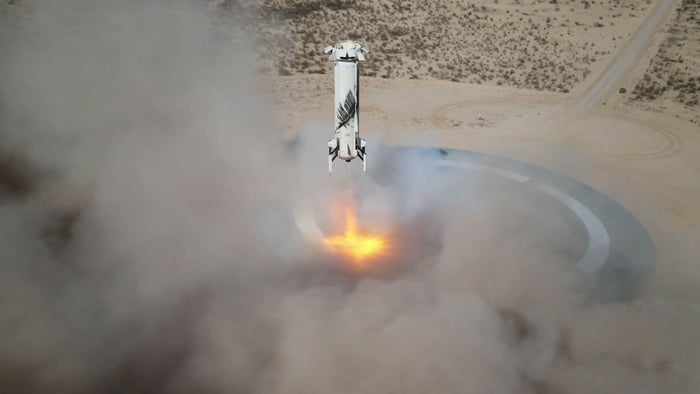 Kathryn Lueders, the head of NASA's human spaceflight program, said in the 24-page statement explaining the decision that the agency had to change course on plans for the human landing system (HLS) due in part to the amount of money allocated by Congress.

Blue Origin's bid came in higher than SpaceX but was below the proposal submitted by Leidos Holdings' (LDOS 1.69%) subsidiary Dynetics, according to Lueders, so the company would presumably be in a strong position if a second vendor is awarded a contract. But the losing bidders have also complained that they were not given adequate information from NASA in order to prepare their best offers, and it is possible that NASA would reopen the competition instead of just selecting a second winner.

It is also far from certain Cantwell's proposal will be backed by Congress. Artemis was a priority of the previous administration, but so far President Joe Biden has appeared more focused on other priorities, and it is unclear how much support added NASA funding would have in Congress.