Please ensure Javascript is enabled for purposes of website accessibility
Log In Help Join The Motley Fool
Free Article Join Over 1 Million Premium Members And Get More In-Depth Stock Guidance and Research
By David Jagielski - May 12, 2021 at 6:45AM

It has plenty of growth opportunities ahead, but has its share price gotten too expensive for it to make you rich?

Making a million dollars from cannabis doesn't seem like an impossible feat given the industry's growth potential. By 2026, cannabis research company BDSA projects that the industry will be worth nearly $56 billion -- easily more than double the $21 billion in revenue it generated in 2020. And that was already a 48% increase from 2019's tally of $14.4 billion. The rapidly growing cannabis market is a great opportunity for growth investors.

One pot stock to keep an eye out for is Jushi Holdings (JUSHF -2.38%). With a market cap of $718 million, it's not as big as larger multistate operators, including Curaleaf, which is worth around $10.4 billion. There is plenty of room for Jushi's stock to rise as the business continues growing, but is this an investment that can make you a millionaire? 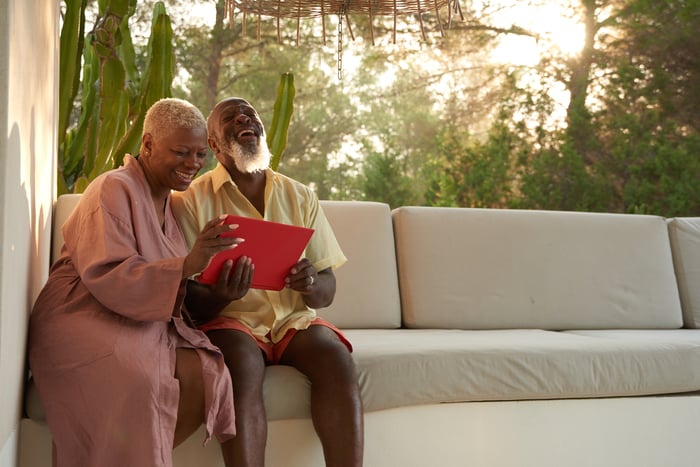 Jushi has been growing at impressive rates

Jushi is obviously going up against some small numbers from a year ago and the growth rate will likely come down this year. However, that doesn't mean the business is done growing just yet. In May, the company announced it closed on the acquisition of a couple of California-based retail dispensaries -- it now has three in that state. It also recently acquired a facility in Virginia, which will position it for some great growth opportunities in one of the newest states to legalize recreational marijuana.

The Pennsylvania market, however, remains at the core of its business. Jushi is in the process of expanding its cultivation facility in Scranton, PA to 130,000 square feet (up from 89,000 square feet). In March, it also launched its 11th Beyond/Hello branded retail location there, which is its 17th nationwide.

Pennsylvania hasn't legalized recreational marijuana just yet, and so as well as Jushi is doing now, there's room for it to do even better once that market opens up. Add in some of the other acquisitions it has completed, and there could still be plenty of growth left for this stock. But much of the future growth may already be priced in to the stock's recent success.

Do the stock's impressive gains limit its potential returns here on out?

One of the reasons investors may be cautious about Jushi is that its shares have already been scorching hot; in the past 12 months, they have risen a staggering 619%. Even Curaleaf, which has performed incredibly well, is only up 229% over the same time frame. And so the concern is that given such rapid growth, the potential gains for the stock may be limited unless Jushi has a blowout year in 2021 that gives investors reason to rally around its business. Thus far, things look to have cooled off with Jushi's shares up just 9% year to date (Curaleaf has performed slightly better with returns of more than 23%).

Although Curaleaf is significantly larger than Jushi (generating $627 million in sales last year) , when comparing price-to-sales ratios these stocks are similarly valued: 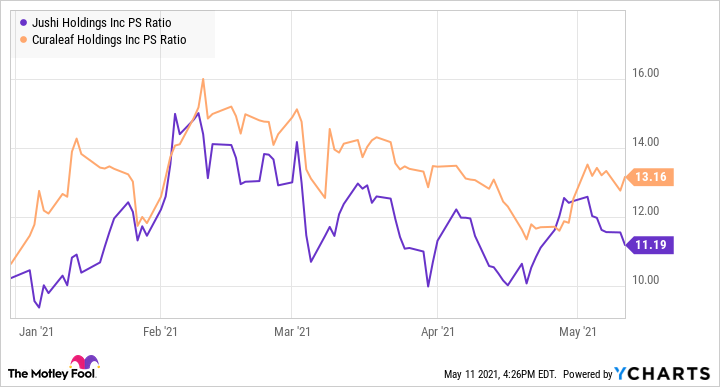 That makes it harder to justify Jushi being an underrated buy as investors are paying a similar premium for a company that isn't nearly as large as one of the top multistate operators in the country.

Can investing in Jushi make you a millionaire?

If you invested $135,000 into Jushi a year ago, you would have more than $1 million today. Now, whether you can say the same thing about the next 12 months looks a lot less likely given that another 600% increase would put the stock's market cap at more than $5 billion.

If you are willing to be a bit more patient and wait five years, then the prospect is a lot more realistic although it is still far from a guarantee. For a $100,000 investment to grow to $1 million in five years, it would need to increase by a little over 58% every year (on average). And if you expand your investing period to 10 years, the average annual growth you need falls to less than 26%. That's still optimistic, and requires a six-figure investment to make you a millionaire.

A lot can change over that period, especially in a highly volatile cannabis industry. And so while there is significant potential for Jushi, unless you are willing to pile in hundreds of thousands of dollars into the stock or are willing to wait for 10 or more years, this isn't an investment I would bet on to make you a millionaire.