Please ensure Javascript is enabled for purposes of website accessibility
Log In Help Join The Motley Fool
Free Article Join Over 1 Million Premium Members And Get More In-Depth Stock Guidance and Research
By Rich Duprey - Updated May 12, 2021 at 5:06PM

The legacy home fitness guru has never looked more fit than it does today.

Okay, neither Nautilus (NLS -3.86%) nor Peloton Interactive (PTON -5.48%) has been a standout performer this year, but while the latter's trendy connected gear grabs most of the headlines, the former has been putting in the work to build its business back up.

Nautilus reported its second consecutive quarter of record-breaking revenue, and while it and Peloton have benefited from the COVID-19 pandemic boosting home fitness equipment sales, it appears a change in consumer behavior and attitude about going to the gym may remain in a post-pandemic world. 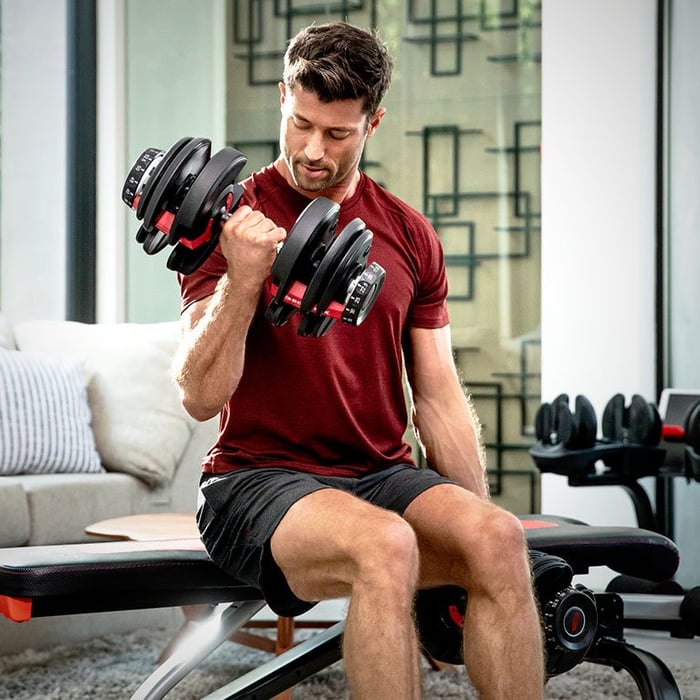 Nautilus's reported revenue for the three-month period ending March 31 hit a record $206 million, more than double the $93 million generated in the same three months a year ago and the first time in the company's 35-year history it exceeded $200 million (Nautilus has changed its fiscal year, so this is a transition period in reporting). Operating income of almost $40 million was the third highest level for the fitness company.

Yet like Peloton, it has seen the future of home fitness and realized it is connected. Sales of its Bowflex VeloCore stationary bike and T22 Treadmill were strong, but they received an assist from its SelectTech weights, which sold out in less than a day when they were introduced a year ago.

To progress in connected fitness, Nautilus introduced its North Star roadmap in March. The long-term strategic vision laid out where the equipment maker sees the industry going over the next few years.

At the time CEO Jim Barr noted consumer opinion about returning to the gym had remained fairly constant despite the advent of gym reopenings and vaccination adoption. About a quarter of gym members said they would never go back to the gym, and about half remain uncomfortable about returning.

While that's likely due to confused official messaging about vaccinations -- get one, but don't change your habits regarding social distancing, masking, etc. -- Barr said even if only 10% of consumers maintain their home workout routines, it still represents a $4.9 billion home fitness opportunity, significantly larger than what existed before the pandemic. 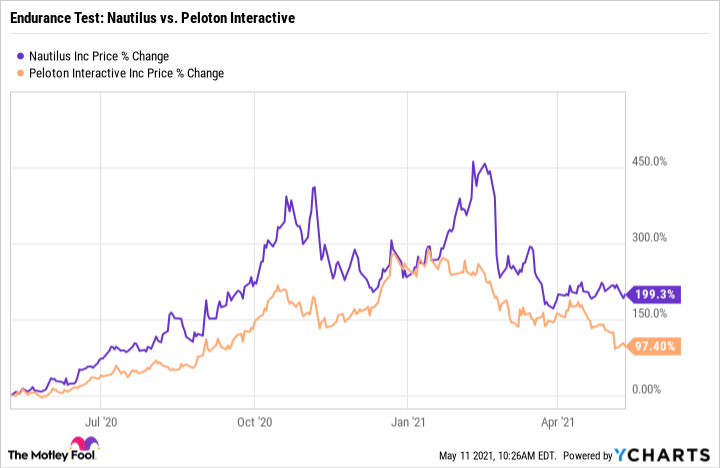 Nautilus looks financially fit as a business. It ended the quarter with $113 million in cash and equivalents and with less than $14 million in debt, down from $28 million in indebtedness a year ago. It also has over $54 million available to it for borrowing.

Demand for strength equipment like its Bowflex HomeGyms, which helped segment sales more than triple during the period, caused inventory to be depleted to uncharacteristically low levels. That will need to be replenished to meet the level of demand present.

Nautilus is forecasting its new fiscal first-quarter revenue to maintain its heady growth rate, running 40% to 50% year over year. While rising commodity costs and the chip shortage that's affecting most industries will put pressure on margins, it expects operating margins to come in between 6.5% and 8%.

The long-range revenue target under its North Star program of $1 billion by 2026 remains achievable and represents compound growth rates of 10% annually. Nautilus expects its operating margins to be closer to 10% to 15% annually by then.

While Nautilus is becoming more like Peloton Interactive with its expanding portfolio of connected fitness equipment and the development of its JRNY platform, for which it expects to have 250,000 members by the end of fiscal 2022 and 2 million by 2026, it remains grounded in its strength training equipment that gives it a competitive edge.

The Bowflex brand is well-known in strength training, and it's pushing the envelope of its reach by expanding it into the connected fitness world. This also means it is putting greater emphasis on the mid-tier and premium markets, though its products are still substantially more affordable than the high-end gear Peloton offers.

At the same time Nautilus has narrowed its focus to the consumer market, having exited the commercial side last October when it sold its Octane Fitness business. That's in contrast to Peloton, which recently acquired Precor to diversify into commercial sales to grow its business. It will be interesting to see which strategy prevails.

Nautilus stock has certainly been the better bet since Peloton's IPO in 2019, gaining over 1,000% compared to about a 300% gain for its connected fitness rival. And while both stocks are down this year as the markets cycled away from tech-oriented growth stocks, Nautilus is down just 9% compared to a 44% drop at Peloton.

Past performance is no guarantee of future results, but Nautilus seems well positioned to continue capitalizing on the growing home fitness trend.