Please ensure Javascript is enabled for purposes of website accessibility
Log In Help Join The Motley Fool
Free Article Join Over 1 Million Premium Members And Get More In-Depth Stock Guidance and Research
By Dan Caplinger – May 12, 2021 at 12:12PM

Positive results have investors excited about these two companies.

Wall Street showed no signs of getting calmer on Wednesday morning, with the Nasdaq Composite (^IXIC) again taking the brunt of a bearish move that sent the index down more than 1.5% as of 11:15 a.m. EDT. Inflationary pressures are becoming more evident than ever in the economy, and many investors fear that rising prices could force monetary policy changes that would endanger the financial environment that has created so many opportunities for big investment gains.

Yet even on a somewhat gloomy day for the Nasdaq, a few growth-oriented stocks still managed to shine. Upstart Holdings (UPST -6.54%) and ShotSpotter (SSTI -0.89%) are in very different businesses, but both benefited from financial performances that impressed their respective shareholders. Below, we'll take a closer look at these winners to see if there's more in the tank to fuel future gains.

Shares of Upstart Holdings were higher by 7% on Wednesday morning after having been up 29% at the open. The disruptive credit services and information company reported first-quarter financial results that showed its potential to keep growing well into the future. 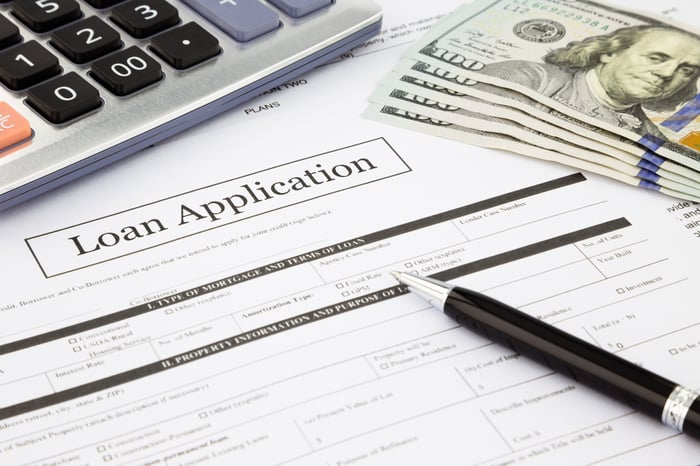 Upstart projects that further gains are likely in the near future. Revenue in the second quarter should climb to between $150 million and $160 million, with the company expecting a total of roughly $600 million in revenue for the full year. That's a full $100 million higher than Upstart had previously predicted, and the company sees itself keeping positive margin performance for the foreseeable future.

Upstart stock has taken investors on a roller-coaster ride since February, with the stock climbing as high as $165 per share before losing half its value recently. Shares will likely remain volatile, but Upstart is showing the popularity of its platform at a critical time.

Revenue at ShotSpotter was up 44% compared to the first quarter of 2020, with adjusted net income rising more than 18 times what the company earned in the year-earlier period. The company reported greater demand for its ShotSpotter Respond service suite, launching in six new cities and expanding services in five other cities that are already current customers.

Moreover, ShotSpotter expects its success to continue. The company boosted its revenue guidance for the full year slightly, with its new projections representing a top-line growth rate of more than 30%. ShotSpotter has also signed a number of agreements to provide its ShotSpotter Connect services to law enforcement officials later this year.

ShotSpotter is a small company, but its gunshot detection, case management, and forensic services businesses are getting a lot of attention from prospective customers. Investors increasingly see the potential for ShotSpotter to grow considerably within a short period of time.

Should You Buy the Nasdaq's 10 Worst-Performing 2022 Stocks?