Please ensure Javascript is enabled for purposes of website accessibility
Log In Help Join The Motley Fool
Free Article Join Over 1 Million Premium Members And Get More In-Depth Stock Guidance and Research
By Dan Caplinger – May 15, 2021 at 5:05AM

Inflation is heating up, and that has ramifications for what will happen to retirees' monthly checks next year.

Inflation fears have rocked the stock market in recent weeks as investors wrestle with the prospects for substantially higher interest rates for the first time in years. Yet inflation also poses a threat to retirees who rely on Social Security for most or all of their financial support. Those living on fixed incomes have to find ways to stretch their money further even when prices are on the rise.

Fortunately, Social Security institutes annual cost of living adjustments (COLA) that are supposed to address the loss of purchasing power caused by inflation. With energy prices on the rise and the latest inflation report showing price hikes across many other parts of the economy, retirees could end up seeing their biggest COLA in years when 2022 rolls around. 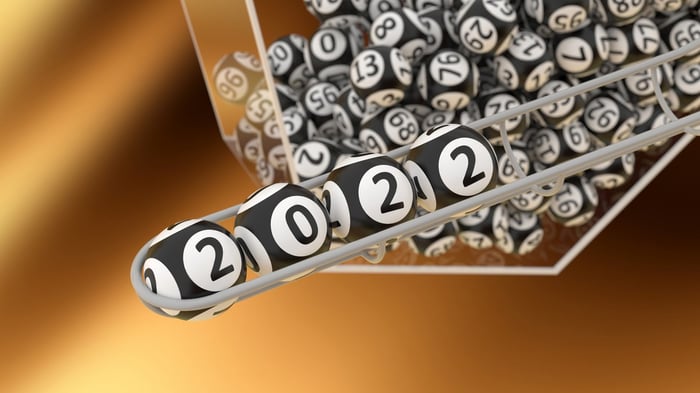 A big jump in inflation in April

The April inflation report came out earlier this week, and some investors were shocked. The headline number showed a 0.8% rise in the Consumer Price Index for the month. That followed a 0.6% jump in March, and brought the gain over the past 12 months to 4.2%. That's the largest 12-month increase since 2008. Core inflation (which excludes volatile food and energy prices) rose an even higher 0.9% in April.

A hodgepodge of factors contributed to the inflationary pressure. A huge 10% jump in the prices of used cars and trucks was by far the largest monthly increase in the nearly 70 years for which the government has been tracking that data, and it accounted for about a third of the inflation increase. Airline fares jumped 10.2%, while costs for lodging away from home were up by 7.6% for the month.

Investors are used to food and energy prices being volatile. But big gains in other areas are more unusual, and they have many economists on edge.

How Social Security COLAs rely on the CPI

To calculate its COLAs, the Social Security Administration looks at a slightly different measure of inflation called the CPI-W. That index rose 0.9% in April to a level of 261.237.

That number is up 4.7% from where it was a year ago. However, to calculate the COLA, the SSA will take the average CPI-W figures for the months of July through September and compare them to last year's average over the same period. The average from the 2020 period was 253.412, which resulted in a COLA of 1.3% at the beginning of this year.

If the CPI-W stays where it is throughout the pivotal summer months, then it would result in a 3.1% COLA for 2022. That'd be the biggest jump in Social Security payments since the 3.6% rise that recipients got at the beginning of 2012 -- and that followed two years during which there was no benefit increase at all.

Meanwhile, if inflation keeps rising, COLAs could be even higher. There's a lot of time between now and the September inflation report that will come out in mid-October.

More money is always helpful for those on fixed incomes, but the real question is whether retirees will end up feeling an outsize pinch from the higher costs that are driving up inflation. For those hoping to travel, higher prices for transportation and hotels could crimp budgets. Even the somewhat smaller increases in other key areas could eat up check increases quickly.

Nevertheless, if higher prices are here, then the least Social Security can do is to fulfill its promise to try to keep up. A super-sized COLA might help cushion the blow at least somewhat for retirees who rely on the benefit program.