Please ensure Javascript is enabled for purposes of website accessibility
Log In Help Join The Motley Fool
Free Article Join Over 1 Million Premium Members And Get More In-Depth Stock Guidance and Research
By Billy Duberstein - May 15, 2021 at 9:00AM

The complex share swap with Naspers is the latest in a series of attempts to unlock value of this heavily discounted stock.

On the heels of its recent $14.6 billion sale of Tencent (TCEHY 1.32%) shares, European technology holding company Prosus (PROSY 0.31%), which is majority-owned by South African firm Naspers (NPSNY 0.37%), just made another significant move to close its huge discount to the value of its assets. Prosus' technology assets include a still-massive 29% stake in Chinese internet giant Tencent, as well as other internet businesses across food delivery, online classifieds, digital payments, and agriculture technology.

Despite Naspers having spun off Prosus in 2019 and repurchasing $5 billion in stock beginning in 2020, the massive discount in both of these holding companies remains. Management estimates Prosus' net asset value (NAV) is roughly $257 billion, but its current market cap is only $163 billion, good for a huge 37% discount. Meanwhile, via its roughly 73% stake in Prosus, Naspers' net asset value is estimated at $187 billion, yet its market cap is only $92 billion, more than a 50% discount!

In an effort to remove some of the structural impediments that may be leading to this chronic undervaluation, Prosus just unveiled another big step on this multiyear financial engineering journey -- but will it work this time? 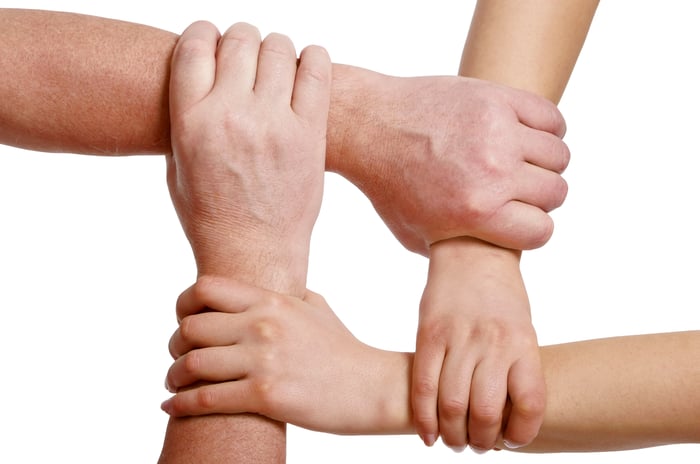 Prosus' share swap and cross-holdings with Naspers is complex but could close the discount to Tencent. Image source: Getty Images.

The new plan: A huge share swap and hopefully an exchange uplift

In the new plan, Prosus will exchange its stock for the stock of Naspers. For those who might be saying, "wait a minute, isn't that circular logic -- owning shares in the company that owns you?" The answer is yes, but it's not without precedent in the business world. For instance, many Japanese companies have long practiced keiretsu, a strategy of complex cross-holdings, which serves to align interests and ward off takeover attempts.

Here, the objective is different. Under the plan, Prosus aims to acquire 45.8% of Naspers in addition to the other 3.7% it currently owns as a result of the recent $5 billion share repurchase, resulting in total ownership in Naspers to 49.5%. Naspers will still technically own the same amount of Prosus, but since Prosus will own almost half of Naspers, Prosus' free float will increase from 26.8% of the company now to 59.7%. Meanwhile, Naspers' float will decrease by 45.8%.

Why this could unlock value for both parties

Investors unfamiliar with this story may be confused as to why these companies are making these complex financial engineering moves. The answer is that management believes the huge discounts to NAV are a symptom of the exchanges, ETFs, and indexes on which these two companies trade.

Because of Tencent's massive rise over the years, Naspers grew with it and soon became a huge portion of the Johannesburg Stock Exchange (JSE), reaching close to 25% of the entire South African market. Well before that point, Naspers had begun trading at a discount to the value of its Tencent stake. The theory is that asset managers invested in South African ETFs and mutual funds were forced to sell Naspers because it became too large a portion of their holdings. The initial 2019 spinoff of Prosus was intended to reduce Naspers' size on the Johannesburg Stock Exchange.

When Naspers spun off Prosus to the Euronext exchange in 2019, its weighting on the JSE fell from around 24% to 16%. But given Tencent's massive run during the pandemic, Naspers has outperformed other South African stocks and once again hit that 23%-24% allocation on the JSE. That increased weighting is likely what prompted further action. Assuming the share exchange takes place, Naspers' weighting on the JSE would fall once again to about 15% from over 23%. So, the reduction in Naspers' float will once again give it headroom to grow toward its NAV again. 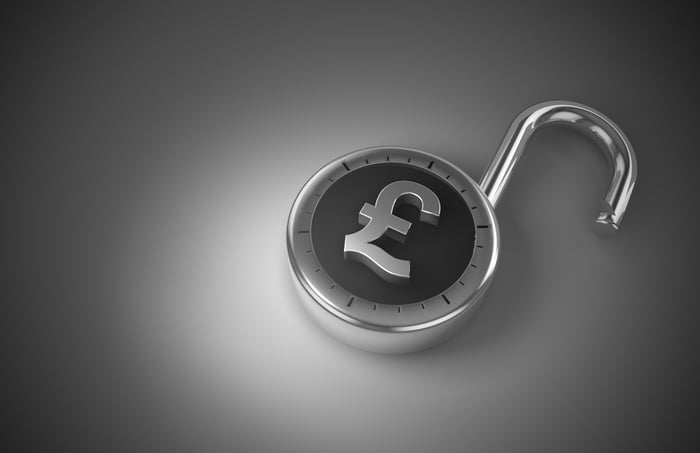 Could Prosus' plan unlock the value of its stake in Tencent? Image source: Getty Images.

Why would Naspers shareholders trade more-discounted shares for less-discounted Prosus?

At the proposed 2.27-to-1 exchange ratio, Naspers shareholders who swap their shares for Prosus would realize a near-term bump in value, given that Prosus trades at less of a discount to NAV. But beyond the immediate 7% or so increase in value (at today's prices), management believes the transaction would also allow Prosus to narrow its discount as well.

That's because even though Prosus is a $163 billion behemoth today, only over a quarter of its shares are publicly traded. A number of European ETFs and indexes are weighted according to a company's liquid float, not overall market cap, so management believes this underweighting in various European ETFs has contributed to the discount in Prosus. In theory, as Prosus' public float increases from 26.8% to almost 60%, it should achieve a higher weighting in index funds and ETFs, which will theoretically increase its stock price and narrow the discount. 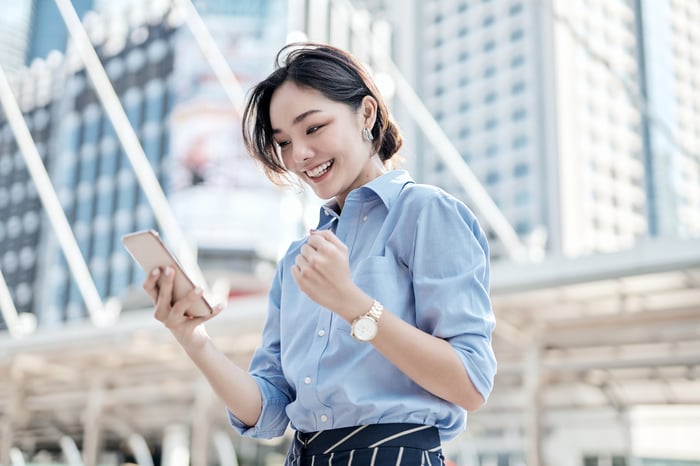 What should Naspers shareholders do?

Naspers shareholders will have the choice as to whether to exchange their shares. It's a tough call because you would have to know if these exchange and liquidity-related issues really are the culprits behind the massive discounts in each stock. There's also really no way to know if the discounts will close post-transaction, or which of the two discounts will close the fastest. After all, Naspers shareholders were likely hoping for Prosus to close more of its discount after its 2019 spinoff, but that hasn't really happened. Naspers shareholders can look forward to receiving documents with details of the deal, which is likely to happen in the third quarter of 2021.

While it's impossible to know if this move will work, it's at least very encouraging to see management's recent efforts. Over the past six months, Prosus' management initiated a $5 billion repurchase plan, "trimmed" $14.6 billion from the Tencent stake in April, and now entered into this share exchange. Clearly, management is as focused on closing the discount as it is on growing its non-Tencent businesses. That should encourage investors that the Naspers/Prosus complex will likely appreciate toward the value of its assets over time.

However, how long and how many more financial engineering moves it will take to get there is anyone's guess.

Could This Stock Really Double This Summer?

Prosus Finally Admits the Obvious; Will Buy Back Shares at Half Price