Please ensure Javascript is enabled for purposes of website accessibility
Log In Help Join The Motley Fool
Free Article Join Over 1 Million Premium Members And Get More In-Depth Stock Guidance and Research
By Zhiyuan Sun - May 18, 2021 at 6:10AM

Here's why it's best to wait before going long on the king of CBD.

Back in 2019, after a headline-grabbing IPO, Charlotte's Web Holdings (CWEB 2.44%) (CWBHF -1.37%) was heralded as a high-flying CBD giant with enormous potential. Fast forward two years, and Charlotte's Web's sales have stagnated, its margins have collapsed, and it is bleeding cash.

The stock is down a whopping 85% from all-time highs two years ago. Is there any hope left for shareholders? 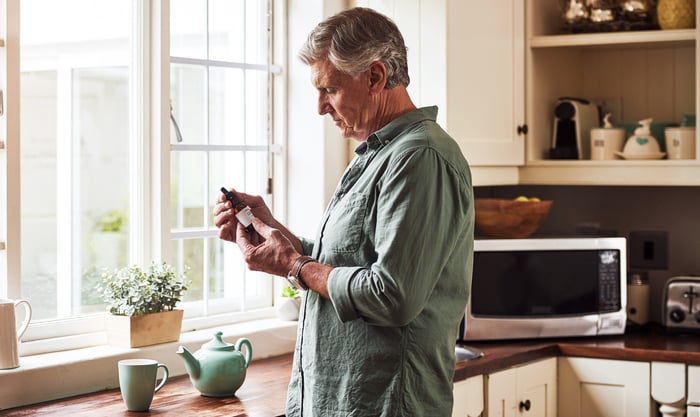 On the surface, these numbers look somewhat decent, but when we look at Charlotte's Web's past performance, they really aren't. In the three months ended March 31 in 2019, Charlotte's Web brought in $21.7 million in revenue. However, the company was far more efficient back then, with a gross margin of 73% and an EBITDA margin of 21%.

Investors who anticipated a post-pandemic recovery for retail CBD sales did not get what they wanted. This had a lot to do with changing consumer dynamics. Charlotte's Web was so successful in its heyday in part because there weren't as many states that had legalized recreational marijuana. Since 2012, 16 states and Washington, D.C. have legalized pot. New York, the second largest state market behind California, legalized recreational use of the drug this March. In 2021, Virginia and New Mexico are set to join the list of states that have initiated legal recreational sales of the drug.

With a massive green wave sweeping the nation, more and more people are switching to cannabis, especially strains with a high THC concentration. THC is more consistent in inducing effects that alleviate anxiety or stress, improve metabolism and appetite, and help improve sleep. On top of that, it is THC, not CBD, which causes a high.

Can Charlotte's Web turn things around?

Surprisingly enough, Charlotte's Web still holds the top position in the U.S. CBD market in terms of brand loyalty, awareness, and sales. It is also rolling out new products like gummies, pet CBD, and pain relief oil. The company plans to begin product sales in Canada and Israel within the following year.

Charlotte's Web has a pretty comprehensive product catalog ranging from ingestible products to topicals to bath and beauty, and more. It is steadily growing its sales channels, with its CBD located in over 22,000 retail locations nationwide.

Unfortunately, the company didn't really benefit from surge in pot sales during the COVID-19 lockdowns. What's more, it has just $35 million in cash on hand, which is pretty small to build a new THC arm or acquire another cannabis company.

Not all is lost, however. Charlotte's Web has been working on better branding via social media. It has thus far solicited the help of two-time Olympic gold medalist and U.S. Women's Soccer team captain Carli Lloyd. On May 5, a CBD pain-relief Instagram ad featuring Lloyd generated an astonishing 282.4 million impressions. The firm is essentially working trying to keep CBD cool now that THC is legal in more states.

Now that its growth has stalled, Charlotte's Web stock is far less worth a shot while trading at 4.7 times revenue. It'll probably take some time before customers discover or reignite their interest in CBD while products containing THC command much of the cannabis-product spotlight. For these reasons, I believe it's better to wait until the company's financials rebound before initiating a position in this marijuana stock.