Please ensure Javascript is enabled for purposes of website accessibility
Log In Help Join The Motley Fool
Free Article Join Over 1 Million Premium Members And Get More In-Depth Stock Guidance and Research
By Keith Speights - May 19, 2021 at 5:52AM

And there's an important lesson to be learned about how it achieved this impressive return.

That's without question a jaw-dropping return that has caught the attention of many investors and made a few quite wealthy. But step aside, Dogecoin -- here's a stock that has delivered a gain of well over 1,100,000%. 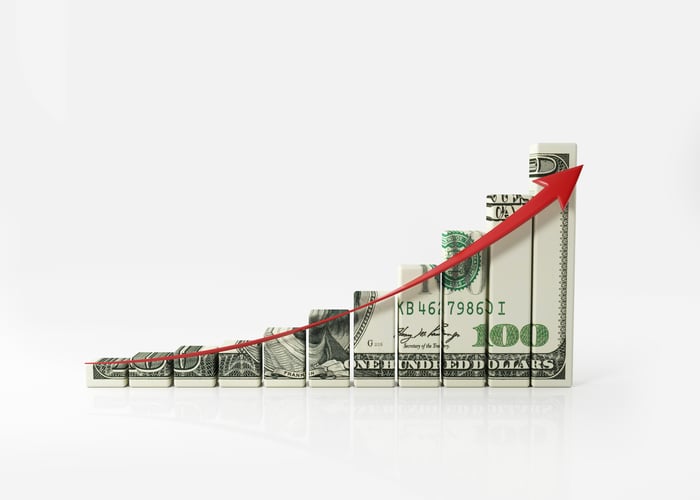 Remember the old story about the race between the hare and the tortoise? While Dogecoin has been like a hare, sprinting to success, Johnson & Johnson (JNJ -2.07%) has been more like the tortoise.

J&J was founded way back in 1888. By the time it went public in 1944, the company was already a household name in the U.S. Since then, factoring in several stock splits, the healthcare stock has risen nearly 1,130,000%.

Keep in mind that's just Johnson & Johnson's share price appreciation. The company also pays a dividend. And J&J has increased that dividend for 59 consecutive years. If you had reinvested those dividends through the years, your total return would be a lot higher.

Granted, there are likely very few investors who bought Johnson & Johnson 77 years ago and held on all this time. However, there probably aren't many investors who have achieved a return of 128,800% with Dogecoin, either.

Johnson & Johnson is kind of the yin to Dogecoin's yang. Aside from both assets' enormous lifetime returns, they have practically nothing in common.

Cryptocurrencies such as Dogecoin don't produce anything that adds to their value. Johnson & Johnson markets hundreds of products. Dogecoin's value is entirely dependent on buyers' sentiment. J&J's share price is impacted by buyers' sentiment, but the company also has an intrinsic value -- its actual worth regardless of what investors think.

Perhaps the most important difference between Dogecoin and J&J for investors, though, is their risk levels. Johnson & Johnson is widely viewed as one of the least risky stocks to buy and hold for the long term. Dogecoin is very risky.

One key reason why the risk levels stand in stark contrast to each other is that Johnson & Johnson has a solid moat while Dogecoin doesn't have much of a moat at all. J&J is diversified across multiple areas within the healthcare sector -- consumer health products, medical devices, and pharmaceuticals. The company has a wide array of patents protecting its intellectual property. Dogecoin offers no diversification on its own and doesn't have unassailable competitive advantages versus the many other cryptocurrencies that are available.

To be sure, any investment comes with some degree of risk, including Johnson & Johnson. For example, the healthcare giant faces lawsuits related to its opioid drugs that hold the potential to negatively impact its stock price. However, J&J is in a better financial and competitive position to weather storms than most companies are.

Johnson & Johnson isn't likely to generate sizzling gains like Dogecoin has this year. The company's size works against it to some extent. J&J's consumer health business will probably never be a huge growth driver. Even its fastest-growing pharmaceuticals segment faces declining sales for older drugs that offset some of the growth delivered by newer drugs.

There's also a really good chance (some might argue an absolute certainty), though, that Dogecoin won't deliver the kind of gains going forward that it's achieved in recent months. The hype won't last indefinitely.

J&J is a slow-and-steady kind of company that won't be appealing to many investors. However, Aesop's fable about the hare and the tortoise highlights an important principle that all investors should remember: Slow and steady usually wins the race.