Please ensure Javascript is enabled for purposes of website accessibility
Log In Help Join The Motley Fool
Free Article Join Over 1 Million Premium Members And Get More In-Depth Stock Guidance and Research
By Evan Niu, CFA - May 19, 2021 at 12:12PM

Shares of Yatsen Holding Limited (YSG 0.83%) plummeted by as much as 13% this morning after the company reported first-quarter earnings. The results were mixed relative to expectations. As of 12:20 p.m. EDT, the stock had somewhat recovered but was still down 6%.

Revenue in the first quarter was $220.5 million, ahead of the consensus estimate of $214.5 million. That resulted in an adjusted net loss of $35.8 million, or $0.06 per share, which was worse than the $0.04 per share in adjusted net losses analysts were modeling for. The Chinese consumer discretionary company, which makes beauty products, said direct-to-consumer (DTC) customers increased to 9.6 million and average net revenue per DTC customer was 122.9 yuan ($19.10 based on current exchange rates). 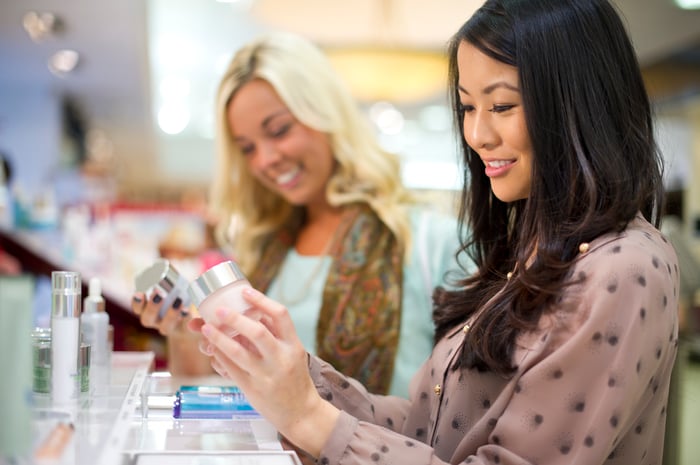 "The year is off to a good start with robust topline growth and continued execution of our multi-brand strategy," CEO Jinfeng Huang said in a release. "Growth in the quarter was driven by stellar performance of our flagship Perfect Diary brand as well as robust growth from Little Ondine, Abby's Choice and other brands under Yatsen's portfolio."

Yatsen is still integrating several brands that it recently acquired but plans to build on its momentum by identifying other valuable brands to acquire and add to its portfolio, Huang added.