Please ensure Javascript is enabled for purposes of website accessibility
Log In Help Join The Motley Fool
Free Article Join Over 1 Million Premium Members And Get More In-Depth Stock Guidance and Research
By Adria Cimino - May 20, 2021 at 6:00AM

This company could benefit from a near-term need -- and a long-term one, as well.

Inovio Pharmaceuticals (INO 6.30%) doesn't look like a potential coronavirus-vaccine leader at the moment. The company initially lost momentum when the U.S. Food and Drug Administration (FDA) placed a partial clinical hold on one of its trials last fall.

More recently, the government dropped a plan to fund its phase 3 trial. The U.S. cited the number of vaccines already on the market.

Looks like a dark picture, right? But the story may not be over for Inovio. In fact, there are two things that may offer the company opportunity in the vaccine market. And as a result, they may boost the stock price. Let's take a look at each. 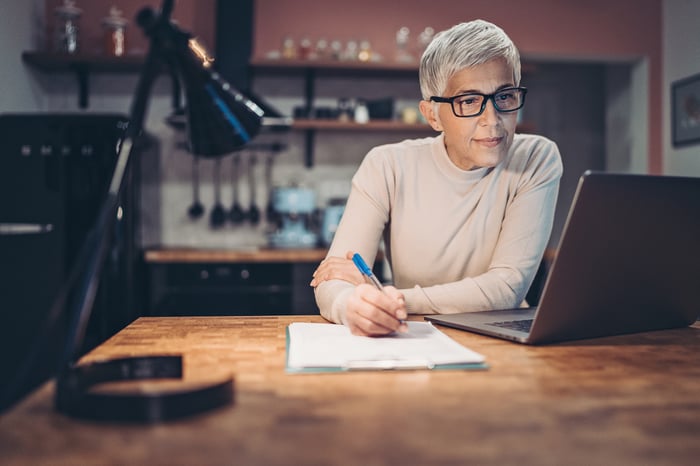 1. Vaccine demand outside of the U.S.

Inovio clearly won't play a role in U.S. vaccination this year. The Biden administration already bought enough doses of commercialized vaccines from the company's rivals to cover the whole population. And as mentioned above, the government decided not to fund the final stage of Inovio's program due to "rapid deployment of vaccines" in the U.S.

Carving out share in the U.S. market may be a challenge in the future, too. If the U.S. is pleased with market leaders Moderna and Pfizer, the country may continue to order most doses from those players. But there's another big market out there waiting for latecomers such as Inovio. And that's the international market.

So far, only 9.2% of the world's population has received one dose of a coronavirus vaccine, according to Our World in Data. And here, it's impossible for only two players to fulfill demand.

Inovio is planning a global phase 3 trial for its vaccine candidate. It aims to launch the vaccine this summer. Importantly, Inovio said in its recent earnings call that it's in discussions for advance purchase agreements in countries involved in the trial.

Beyond just the fact that many countries need vaccine doses, another factor may work to Inovio's advantage. The vaccine candidate can be kept at room temperature for more than a year -- and it can withstand a temperature of more than 98 degrees Fahrenheit for at least a month.

This makes Inovio's investigational vaccine easier to distribute everywhere -- including countries that don't have infrastructure to maintain cooling through transport and storage. The Moderna and Pfizer vaccines both require cold temperatures.

2. The game-changing potential of its earlier-stage vaccine candidate

International vaccine demand may be a catalyst for Inovio in the coming year if its phase 3 trial is successful. Now let's look at an element that may help the company further down the road. Inovio is conducting preclinical studies on a completely new candidate: a "pan-COVID" vaccine, one that could address today's variants and those of the future.

This could be a game changer because the world wouldn't have to fear the next potential coronavirus strain. The pan-COVID vaccine would be able to handle it. The candidate isn't designed to address a specific variant, like the booster candidate of rival Moderna, for example.

Here's how Inovio created this potential vaccine. Researchers looked at variant sequences over a four-month period across several geographic areas. Then they gathered together the spike protein mutations. From here, Inovio identified a common set of mutations to generate the investigational vaccine.

The company plans to launch a phase 1/2 trial this year. If trials are successful, Inovio could become a key player in a post-pandemic world, internationally and in the U.S.

These two elements are definite positives for Inovio and could send the shares soaring -- if they bear fruit. For instance, catalysts could be the signing of advance purchase agreements, positive trial data, and market authorization.

Shares right now are at a low point and have lost 19% year to date. And they're down 58% from a peak back in February. There's potential for gains on any good news.

I still wouldn't advise buying this biotech stock now unless you're a very aggressive investor. Inovio's coronavirus vaccine path has been rocky so far. And Inovio hasn't yet brought a product to market.

I don't think the risk will decline until the company gets a lot closer to that point with one of its vaccine candidates. In the meantime, I'll happily keep it on my watch list.