Please ensure Javascript is enabled for purposes of website accessibility
Log In Help Join The Motley Fool
Free Article Join Over 1 Million Premium Members And Get More In-Depth Stock Guidance and Research
By Rick Munarriz - May 20, 2021 at 10:05AM

I owned as many as five major wireless carriers in January, but now I'm down to just Telefonica.

I finally pulled the plug on AT&T (T -0.81%). Ma Bell's decision to unload WarnerMedia in a combination with Discovery (DISCA) (DISCK) on Monday -- and the stock surprisingly moving higher on the news -- was the last straw. I've owned the wireless carrier for more than three years. It didn't move much, but at least there were healthy quarterly dividends along the way.

A few months ago it seemed as if I was just collecting global telco giants. Juicy yields and the promise of 5G drew me to seek telcos beyond AT&T. I bought into China Mobile and China Telecom, two of the three largest wireless carriers in the world's most populous nation. Last summer I added Spain's Telefonica (TEF -2.03%). In January I picked up some Verizon Communications (VZ -1.00%).

One by one they're nearly all gone from my portfolio right now. Telefonica is all that's left at this point. Now is a good time to explain how I got here. 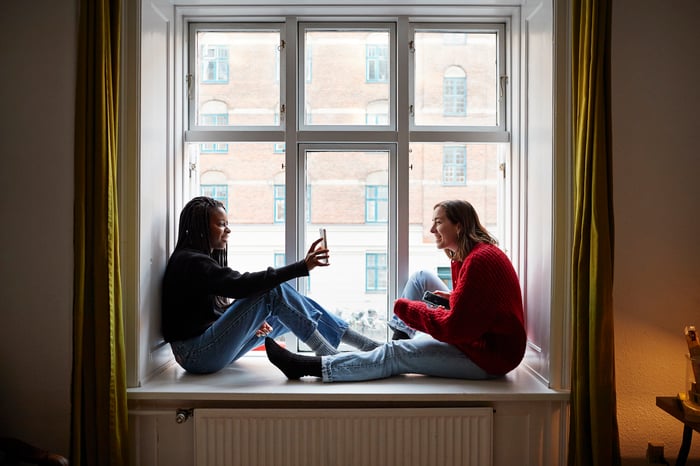 Cutting China Mobile and China Telecom loose in early January wasn't really up to me. They were among the stocks that were about to be delisted as tensions between China and the U.S. were simmering at the time.

I owned China Mobile, China Telecom, and AT&T for years before moving on. I only held Verizon for four months. I went on a shopping spree in January, picking up several dividend-paying stocks as a way to help diversify my growth-heavy portfolio. Verizon stood out as a pure play on wireless, packing a decent dividend to boot.

Verizon was a low-conviction stock for me. It was a parking place rental. It didn't help that last month's quarterly report was a dud, as Verizon grew its revenue by 4% and guided full-year growth to a mere 2% increase. With many of the growth stocks I was eyeing correcting sharply I wanted to take advantage of the opportunity. Selling my stake in Verizon made sense.

I felt I would be holding AT&T for a long time. I added to my initial 2018 stake in 2019 as well as 2000. I had high hopes that AT&T's leadership in wireless and WarnerMedia's content properties would offset weakness in its old-school wireline business and its ill-advised DirecTV acquisition.

The market cheering the combination of WarnerMedia with Discovery on Monday morning would've made sense if meant that AT&T could get back to being a Dividend Aristocrat again. The telco giant hiked its distributions for 34 consecutive years heading into 2021. Unfortunately this run ended last year at 34. AT&T expects to reduce its dividend, and that's going to make what will be a sleepy stock even less compelling to income investors.

This leaves me here with Telefonica. It was always my highest yielding telco, even if the current 9.6% yield is sometimes paid in stock instead of a dividend check. Telefonica is about a lot more than just Spain, having a strong presence across Latin America as well as Europe.

I'm not convinced that Telefonica will be a forever stock for me. Revenue is declining for what would be the sixth year in a row. It hasn't declared a cash dividend since 2019, and a scrip or stock dividend doesn't have the same appeal.

I now see my fading collection of telcos as a phase that I seem to have outgrown. The 5G promise is real for wireless carriers, but it's going to take a lot of capital to make it a reality. I was patient before, but with growth stocks correcting to compelling entry points and a plethora of attractive yield opportunities beyond telco I'm ready for something new.