After 34 years of hikes, the payout party could be over for the telco bellwether.

AT&T (T -0.38%) offered up a well-received quarterly report last week. There was strength in the segments that matter the most (wireless and HBO Max), and the telco behemoth is making headway in cutting loose some of its fading and noncore businesses.

However, once again we didn't see AT&T move to increase its dividend. After 34 consecutive years of hikes, we've now seen two quarterly reports without a hike. This is notable because the company has historically boosted its cash distributions to shareholders in January. Is AT&T going to push the streak to 35 years with a surprise announcement in the second half of this year, or is this the end of the line for a Dividend Aristocrat? 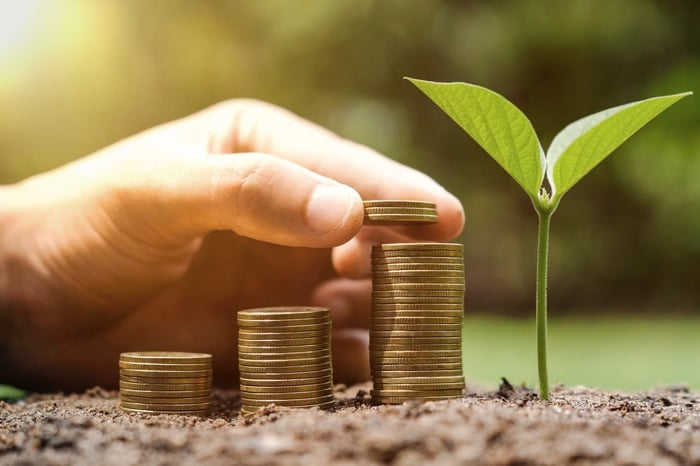 There are a lot of moving parts at AT&T these days. The good news is that its wireless business -- the largest segment for the carrier -- is growing nicely, with a 9% year-over-year increase in revenue through the first three months of the year. The costly WarnerMedia acquisition is also earning its keep. The global audience for HBO and HBO Max has grown 19% to 63.9 million subscribers over the past year, fueled largely by WarnerMedia's making the daring call to put out all of this year's theatrical releases on the premium streaming service at the same time.

There isn't a lot to get excited about beyond that, and AT&T knows it. Its DIRECTV satellite television business has been a drag on performance, and AT&T recently announced that it was selling a controlling interest in the platform as well as other noncore video assets.

This brings us to AT&T's current 6.6% yield. There is no U.S.-listed company with a larger market cap paying more than that right now, and that's a big draw for income investors in this low-interest-rate climate.

Unfortunately for those holding out for a hike, the market seems to care more about success in streaming than about sustainable payouts. High-yielding telecom stocks have been market laggards over the past year. Then you have Disney (DIS -1.13%) soaring since suspending its semiannual cash disbursements a year ago. The catalyst leading the House of Mouse to all-time highs is the skyrocketing subscriber numbers at Disney+. AT&T's unlocking the Time Warner slate of multiplex releases to run simultaneously on HBO Max suggests that it's not afraid to compete against Disney+ in that arms race. If HBO Max is successful, will AT&T still need that 6.6% yield if capital appreciation is taking the baton?

AT&T is also busy investing in expanding its 5G footprint to keep its booming wireless business growing. You have to spend money to make money in telco right now.

The good news is that AT&T has the wiggle room to increase its dividend before the end of the year. It has a payout ratio of roughly 65% in its latest quarter, and more cash should trickle in from pending and rumored noncore asset sales. The dividend is not going away.

"Our deliberate capital allocation plan allowed us to invest and sustain our dividend at current levels, which we believe is attractive," CEO John Stankey said during last week's earnings call.

Reducing debt is a priority for its cash, but only after its shareholders get fed. However, Stankey's emphasis on "sustain[ing] our dividend at current levels" does make it seem as if a hike isn't coming in the next two quarterly reports.

I wouldn't read too much into that. If business starts to pick up as the economy reopens and global travel restrictions start to ease, AT&T would be nuts not to come through with at least a marginal dividend hike in October's third-quarter report to keep this streak alive. You don't work this hard to don the Dividend Aristocrat crown only to start all over again unless you have no other choice.