Please ensure Javascript is enabled for purposes of website accessibility
Log In Help Join The Motley Fool
Free Article Join Over 1 Million Premium Members And Get More In-Depth Stock Guidance and Research
By Jeremy Bowman - May 21, 2021 at 5:36PM

Here's why the big-box chain suddenly has a wide moat.

Of all the brick-and-mortar retailers, arguably none have performed better than Target (TGT 0.72%) during the pandemic.

The big-box chain just capped off its fifth straight quarter of double-digit comparable sales growth, reporting 22.9% comp growth in its first quarter, or more than 35% on a two-year basis.

The retailer also posted a record for adjusted earnings per share of $3.69, even though its seasonally strongest quarter is during the holiday season. Target has consistently outperformed analyst expectations in recent years thanks to its investments in omnichannel infrastructure, which have made it much more nimble than it was just a few years ago.

Along the way, the retail stock has become Amazon (AMZN 0.36%)-proof, able to deliver strong growth even while the e-commerce giant continues to gobble up more market share. Target's distinct advantages are the reasons why. 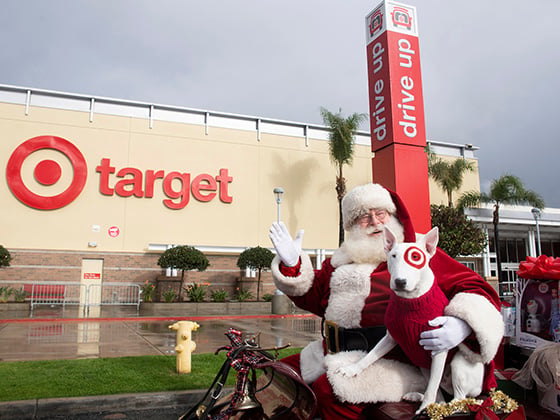 The power of same-day services

Those services, along with in-store order pickup, have proven to be huge drivers of growth and profitability, and helped the company shine during the pandemic. In the first quarter, same-day services made up more than half of its digital sales and roughly 10% of total revenue. They also give Target an advantage because the strategy means stores fulfill nearly all of their online orders. In the most recent quarter, stores fulfilled 96.3% of their sales even though 18.7% of sales originated digitally. In other words, about four out of five online orders are fulfilled by Target's stores. That gives it a huge cost advantage over competitors like Amazon as shipping out of a warehouse is much more expensive than having customers pick up items in-store.

Target's operating margin in Q1 was 10%, compared to 5.4% for Amazon's North America segment, which includes high-margin businesses like advertising in addition to e-commerce.

But the more important advantage is that Amazon can't match Target in same-day fulfillment. Amazon has taken steps to accelerate Prime delivery to same-day, but it's only available for select zip codes and select items, and with a $35 minimum. If you live near a Target store, of which there are nearly 2,000 spread across the country, you can get same-day pickup or delivery (with a fee) for almost any item carried at a Target store.

Amazon excels at the long tail of e-commerce -- products that are searched for more infrequently. If you need a replacement shelf for your refrigerator or an obscure brand of dog treats, Amazon is your best bet. But if you're looking for basics like groceries, beauty products, home goods, or apparel, you're more likely to find them in just a few hours with Target. 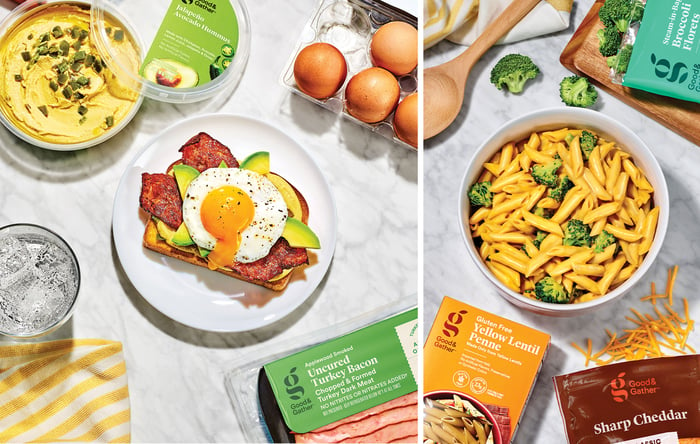 Owned brands pack a punch, too

Another advantage Target has is the strength of its owned brands. It now has 10 billion-dollar brands, which represent at least 15% of its overall revenue. This helps differentiate the company from other retailers, including Amazon, which depends on third-party sellers for most of its sales. By definition, those sellers don't carry Amazon's private-label products.

Target's owned brands have emerged as another source of strength during the pandemic, and sales in that category jumped 36% in Q1, a record level of growth. CEO Brian Cornell touted those exclusive brands on the recent earnings call, saying:

Because of our unique capabilities in product design, development, and sourcing, our owned-brand products offer an unbeatable combination of design, quality, and value. These brands aren't something that our guests pick up while they're at Target, they're a big reason why they shop at Target, which is why we continue to invest in them.

Amazon's greatest success in e-commerce has come from its third-party marketplace, which is built on its fulfillment infrastructure and generates higher margins than direct sales. Walmart, Target's biggest brick-and-mortar rival, is increasingly following Amazon's strategy, expanding its own marketplace, investing in third-party fulfillment, and growing its advertising business.

The marketplace model is highly effective when done well as Amazon's success has shown. However, Target has chosen not to build out a third-party marketplace. That might sound like a weakness, but making that choice has enabled Target to invest in its core business, and in features like store-fulfilled sales and exclusive brands that marketplaces can't offer. It's clear from the surge in Target's sales and profits, across all of its major product categories, that this strategy is resonating with its customers.

Expect Target to invest in that strategy further, differentiating itself from Walmart and Amazon. Investors balked when Target said in March that annual capital expenditures would increase to $4 billion, but the stock is up 30% since then, showing the folly of that sell-off. On the earnings call, Cornell noted that it had earmarked some of those investments in Drive Up to expand assortments, and add even more convenience and efficiency. He also touted the success of Drive Up, saying, "While all three same-day services continue to grow faster than overall digital, Drive Up has been a standout and consistently receives the highest ratings of anything we do."

Drive Up is clearly a juggernaut for the company. Even better, it's something that Amazon can't do.