Please ensure Javascript is enabled for purposes of website accessibility
Log In Help Join The Motley Fool
Free Article Join Over 1 Million Premium Members And Get More In-Depth Stock Guidance and Research
By Billy Duberstein - May 24, 2021 at 6:30AM

With special-purpose acquisition companies now out of favor, now may be the time to pounce on these groundbreaking companies.

After being all the rage in 2020 and the early part of this year, growth stocks, especially initial public offerings and special-purpose acquisition companies (SPACs), have fallen out of favor. It's not totally without merit; after all, the number of SPACs more than quadrupled in 2020 over 2019, and the number of IPOs more than doubled. Not only that, but 2021 has also already exceeded 2020's frenzy, and we're only in May.

That much activity is bound to come with a lot of speculation, bad actors, and subpar companies.  But that doesn't mean all IPOs and SPACs are bad companies, or even overpriced. In fact, some SPACs brought some truly exciting companies to market. Sure, investing in an early-stage company is risky, but if a company with breakthrough technology catches on, the upside can be immense.

That's why investors should get to know Ouster (OUST -6.06%), Desktop Metal (DM -7.67%), and Romeo Power (RMO -7.35%), which have the potential to transform the LiDAR, 3D printing, and electric-vehicle industries -- industries that themselves are destined for red-hot growth. 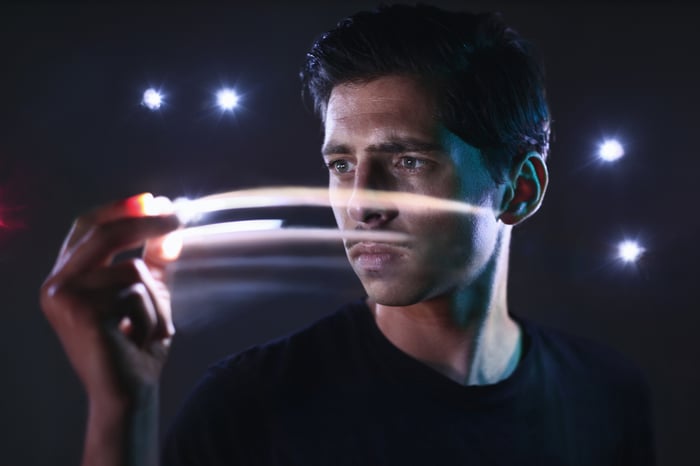 Ouster's digital LiDAR runs circles around analog, at a fraction of the cost

LiDAR company Ouster was founded in 2015 by two Stanford engineering grads, inventing Ouster's digital LiDAR concept in that year. LiDAR uses lasers to enable autonomy, not only in self-driving cars, but also in automated industrial applications, drones, and smart infrastructure.

As semiconductor chips have become more advanced, digital-based LiDARs are upending older analog models, lowering costs, increasing capabilities, and opening up entire new markets. Think about cameras -- they used to be large, bulky, and expensive tools, but thanks to the digital revolution, everyone now has an advanced camera that fits inside a smartphone. While many associate LiDAR with self-driving cars, its potential uses are much wider. In fact, there is much more profit opportunity for LiDAR in the industrial, smart infrastructure, and robotics industries, according to Ouster.

Though it's not without competitors, Ouster appears to have a "special sauce." It has 29 patents and more than 100 pending worldwide on its digital architecture and proprietary chipset. In addition, the company has developed its offerings with a single common architecture, which can be endlessly customized through software-defined alterations. That simple single, software-defined architecture is very attractive for developers, and not unlike the approach NVIDIA took with its CUDA platform for its GPUs -- and we all know how well that has turned out.

While SPAC presentation projections should always be taken with a grain of salt, Ouster projects almost $1.6 billion in revenue and roughly $564 million in operating income by 2025, yet its market cap, down 40% from recent highs amid the SPAC sell-off, is only about $1.9 billion today.

Revenue won't really materialize in earnest for a few years, and the company projects only about $33 million in revenue this year. Yet Ouster is adding customers at a rapid clip, with over 500 today in some sort of trial and over 40 strategic customer agreements, totaling $385 million contracted through 2025 -- and those deals are growing every quarter.

If Ouster delivers on its promise and LiDAR becomes widely adopted for a wide range of applications outside of autos over the next decade, its stock is a tremendous bargain. 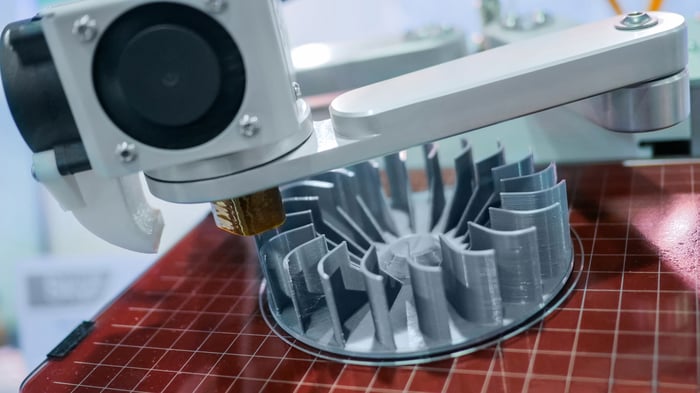 Almost a decade ago, 3D printing stocks were all the rage on Wall Street. Many had thought 3D printing was going to upend traditional manufacturing, ushering in a new era of cost-efficient and highly customizable manufacturing capabilities across a range of industries.

As many are now painfully aware, that didn't happen, and many early players saw their stocks tumble from tremendous heights. 3D printing proved to be a useful tool for prototyping, design, and tooling, but in terms of replacing traditional manufacturing, the technology wasn't up to snuff.

That is, until now -- at least according to Desktop Metal, which went public via SPAC back in December. Desktop believes it has cracked the code on 3D printing for mass production, which will usher in what it calls "Additive Manufacturing 2.0." According to the Wohlers Report, a 3D printing consulting firm, additive manufacturing could skyrocket from a $12 billion industry today to a $146 billion industry by 2030, as it is adopted by end-use manufacturers.

Desktop Metal believes its single-pass jetting technology can offer 10 to 100 times the throughput of traditional binder jetting solutions and over 100 times the performance of legacy powder-based fusion technology. Beyond metal applications, Desktop Metal has also added to its arsenal of tools this year. The company acquired top elastomer 3D printer EnvisionTEC back in February. Like Desktop Metal, Envision promises over 100 times the speed of legacy solutions for 190 types of different polymers. Desktop Metal further consolidated its plastics offering by acquiring Adaptive 3D in early May, which the company believes makes the highest-quality elastomers in the world. Since many large manufacturers likely have the need for both metal and plastic parts, the cross-selling potential could be substantial.

Like Ouster, Desktop Metal generates minimal revenues today, with only $11.3 million in the first quarter.  However, that's probably because the company's signature additive manufacturing product, the P-50, won't begin commercial shipments until the second half of this year. As the P-50 is deployed and there are more contributions from new acquisitions and products, revenue should hit an annualized run-rate of $160 million by the end of this year.

Desktop Metal may not look especially cheap today, with a current market cap of $3.37 billion; however, that figure is down a whopping 62% from all-time highs set back in February. Management expects double-digit market share of that large future 3D printing market. If that happens, an investment in Desktop Metal could pay off big over the next decade. 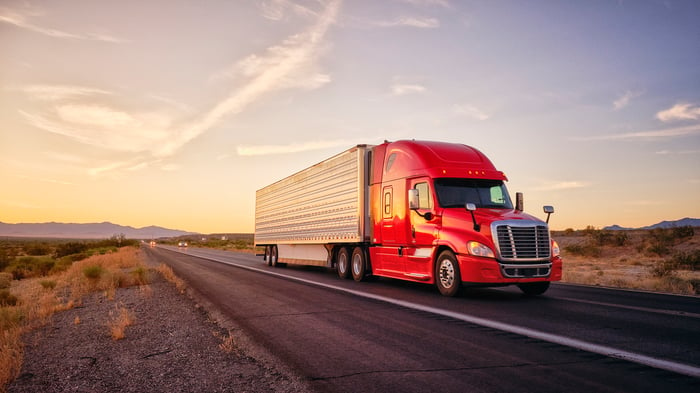 While a lot of attention has gone toward the barrage of electric vehicle companies going public via SPAC, one EV-related company has slipped under many investors' radar: Romeo Power.

Unlike most other EV-related SPACs, Romeo doesn't produce an entire vehicle or powertrain. Rather, it concentrates on the most important component of EVs: the battery pack. With top engineers from the likes of Tesla, SpaceX, and other top tech companies, Romeo boasts battery technology with the highest gravimetric density in the industry. That means its configurable battery pack technology offers the most bang for the buck, which is of high importance for Romeo's target customers: the manufacturers of heavy-duty trucks. Most truck manufacturers and fleet owners have pledged to electrify their fleets over the next decade, so Romeo's opportunity is significant.

So why is Romeo Power's stock down a stunning 80% from its December highs, shortly after it went public via a SPAC? Chalk it up to an industry shortage of battery cells. Romeo makes its packs with cells form third-party suppliers, and given the widely known semiconductor shortage and overwhelming demand for EVs, there is currently a big shortage of high-quality cells. That forced Romeo to lower its 2021 revenue targets from $140 million at the time of its SPAC to just $18-$40 million.

Still, the current shortage doesn't have anything to do with the company's technology or longer-term opportunity. Meanwhile, Romeo recently inked a long-term battery pack agreement with Paccar, to supply battery packs for its 579EV and Peterbilt 520EV refuse truck models. Those two models alone have 10% of the global market for Class 8 trucks. This agreement is a big deal, and CEO Lionel Selwood Jr. said he was "highly confident" the company will announce more long-term production agreements this year.

With a market cap now of just $1 billion, below the SPAC price, and a cash hoard of $287.5 million, Romeo sure looks like a cheap stock if it can deliver on the promise of its technology and translate these long-term agreements into revenue and profits.