Please ensure Javascript is enabled for purposes of website accessibility
Log In Help Join The Motley Fool
Free Article Join Over 1 Million Premium Members And Get More In-Depth Stock Guidance and Research
By Howard Smith - May 24, 2021 at 2:24PM

Merger activity indicates that the entertainment industry is still focused on growing the streaming media market.

Shares of video streaming platform Roku (ROKU -5.69%) are more than 20% higher since the company reported its first-quarter results on May 6. That trend continued Monday, with the stock up 5.2% as of 2 p.m. EDT.

This month's climb has been underpinned by activity in the media sector showing executives plan to grow the offerings that Roku's platform supports. In its fiscal second-quarter earnings report earlier this month, Walt Disney (DIS -1.59%) reported 59% year-over-year growth in its direct-to-consumer business which includes the Disney+ streaming service. As of April 3, Disney reported 159 million paid subscribers to its streaming offerings. 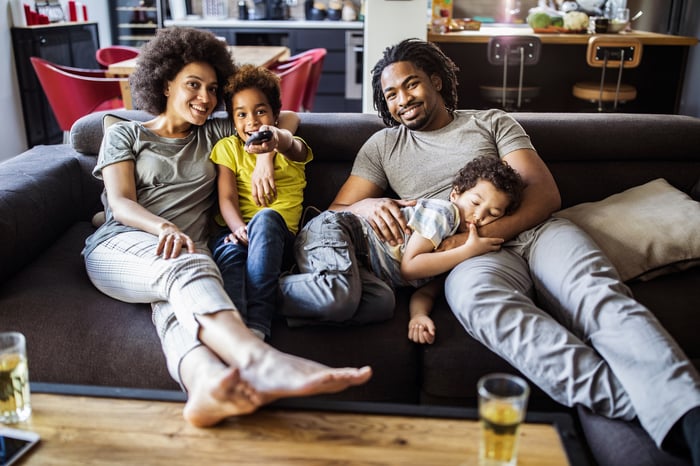 Last week, AT&T announced it will sell its WarnerMedia segment to Discovery. During a CNBC interview, Discovery CEO David Zaslav said that combining those catalogs and media operations could lead eventually to a streaming service with 400 million subscribers globally.

Roku stands to benefit as streaming offerings grow in size and popularity. Its platform aggregates an array of services, so its prosperity doesn't depend on any one streaming winner. It also doesn't compete in a large way as a content creator.

The company grew its total net revenue by 79% in its recently reported first quarter, mainly driven by platform revenue that more than doubled versus the prior-year period. Accelerating growth in overall streaming customers should keep Roku's growth formidable. Media mogul and controlling Discovery shareholder John Malone said in a CNBC interview Monday that he believed "there's no question" that Comcast CEO Brian Roberts was also interested in bringing WarnerMedia into his company's NBCUniversal group.

Investors today are recognizing that as cord-cutting continues, expanding streaming services will be a boon for Roku, regardless of which specific services win the streaming wars.