Please ensure Javascript is enabled for purposes of website accessibility
Log In Help Join The Motley Fool
Free Article Join Over 1 Million Premium Members And Get More In-Depth Stock Guidance and Research
By Zhiyuan Sun - May 24, 2021 at 11:05AM

Pet insurance may seem like a boutique business, but it is a wildly rewarding one.

In the past year, shares of pet insurer Trupanion (TRUP -0.57%) are up 167%, far outpacing the S&P 500's 42.3% gain during the same period. Even after a magnificent run-up, the stock is trading at only 4.6 times forward sales. That's an excellent price for a company increasing its revenue by nearly 40% year over year.

There is still ample room for Trupanion to fly high. It accounts for less than 1% of the nation's pet insurance market, although that number has been steadily growing. Let's look at what the company has in store for investors. 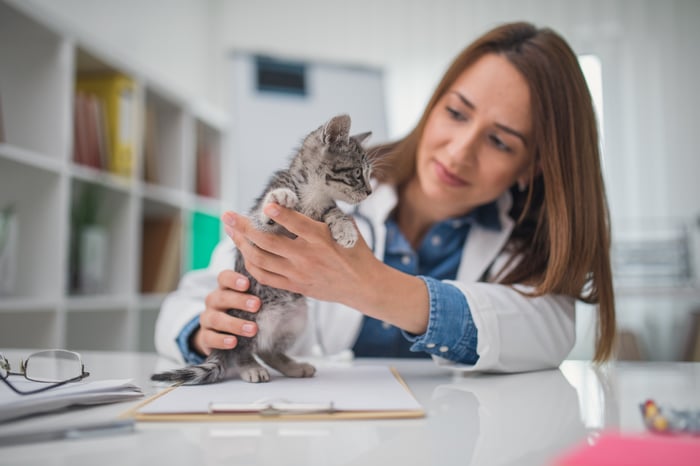 For as little as $63 per month, Trupanion will cover 90% of veterinary expenses such as illness, injuries, or hereditary/congenital diseases with no payout limits. Miscellaneous items like diagnostic tests, surgeries, and hospital stays are also part of its coverage.

During the quarter, its total revenue grew by 39% annually to $154.7 million. The company is near breakeven in terms of operating cash flow, roughly unchanged from year-ago quarter. Over the past two years, Trupanion has consistently maintained an internal rate of return (a proxy metric for profit margins) of 30% to 52% per pet.

It has done exceptionally well in terms of maximizing both customer satisfaction and business monetization. The company's monthly retention rate stands at just south of 99% each month. These numbers are rock-solid, considering Trupanion competes with over 20 different pet insurance brands for clients.

For the full year, management anticipates Trupanion's revenue will grow by 31% year over year to $678 million. About 90% of its sales come from subscriber revenue, which is highly stable and predictable.

Trupanion was able to accomplish these tasks with a very asset-light model. Right now, it has over $200 million in cash and investments on hand, with no debt whatsoever.

The only problem investors should worry about is its near-term profitability. Because of the sheer number of competitors around, Trupanion needs heavy spending in sales and marketing to stay afloat -- as much as 13% of its overall revenue.

In addition, quality comes at a price. Trupanion pays out over 70% of the premiums it collects to cover subscribers' vet bills, leaving little behind for items like technology and development.

The company would eventually need to show investors that it can post a profit with its business model. At the moment, it oscillates north and south of breaking even in terms of operating cash flow. It is unlikely the company would be able to turn a profit within the next couple of years.

However, that's not the main focus right now, as Trupanion's market share is still very low. It's much better to devote funds to providing better care for customers' pets at the moment, as well as reinvesting that money into better technology. Given this, the profit should come. Overall, given its high brand quality, solid growth, and cheap stock valuation, healthcare investors should definitely give Trupanion a chance.