REMUS UUVs -- small, unmanned, robotic submarines -- come in a variety of sizes, and the "number" of the unit's name refers to the maximum depth (in meters) to which they can dive. The Navy has historically used them for missions including search and rescue (locating ships and aircraft that have sunk beneath the ocean) as well as for mine detection. During Operation Iraqi Freedom in 2003, for example, the Navy used REMUS drones to assist in minesweeping in the Persian Gulf. 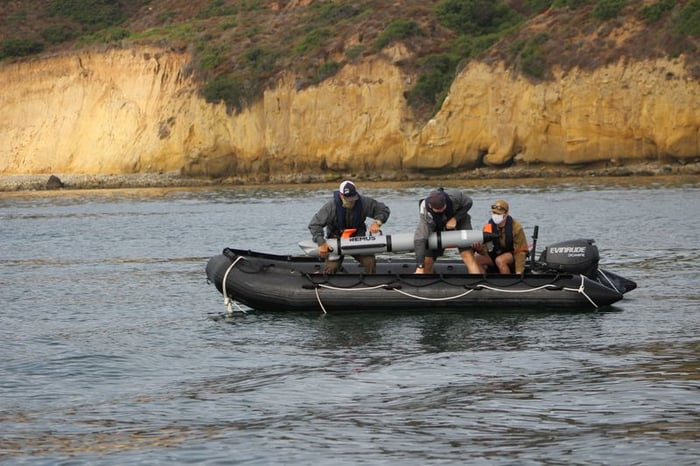 Huntington Ingalls describes REMUS 300 as a "small-class UUV" capable of being carried and deployed by a two-man team operating from a boat. The drone can be equipped with "swappable energy modules" that can power the drone for up to 10, 20, or 30 hours of endurance.

The REMUS 300 "conforms to the Navy's Modular Open Systems Architecture (MOSA)" and offers "increased modularity" in the payloads it can carry. It can, for example, be equipped with "GPS, WiFi and Iridium Antenna," a "side scan sonar," and is capable of taking photographs underwater in "4k low light black and white."

This Defense Contractor Is Paying Up to Diversify Its Business
376%