Please ensure Javascript is enabled for purposes of website accessibility
Log In Help Join The Motley Fool
Free Article Join Over 1 Million Premium Members And Get More In-Depth Stock Guidance and Research
By Travis Hoium - May 26, 2021 at 4:11PM

Wall Street is jumping on the space tourism bandwagon.

Shares of space company Virgin Galactic Holdings (SPCE 0.14%) jumped as much as 8.4% in trading on Wednesday after the company got an analyst upgrade. Shares trailed off late in the day but were still up 7.5% at 3:30 p.m. EDT.

The catalyst today was analyst Ken Herbert at Canaccord, who initiated coverage on the stock and gave it a $35-per-share price target. He said the company will get a positive catalyst when space tourists start flying, especially celebrities like founder Richard Branson. 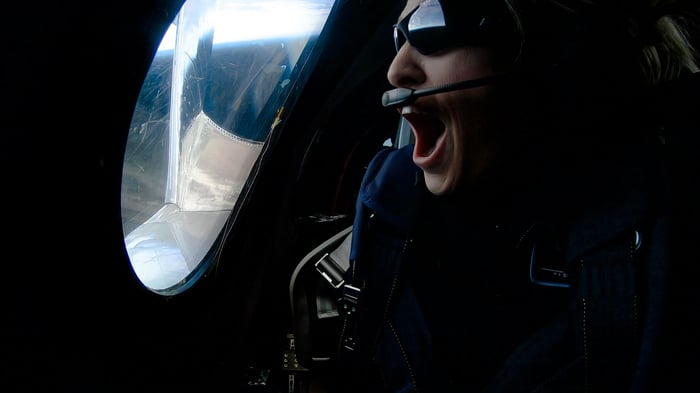 What's been clear for a while is that it's unknown exactly how long it will take to increase the cadence of flights and expand spaceports around the world. That's a risk factor, but with the test flight last weekend under the company's belt, this should be a big-time growth stock over the next few years.

Analyst upgrades don't do anything to change the fundamentals for a stock, but they can give some credence to your investment thesis. In this case, Canaccord is jumping on the Virgin Galactic bandwagon after the most recent test flight in hopes of riding the company's commercial space flight business. But that bullish thesis has been in place for well over a year for long-term investors. Today was just a vote of confidence from Wall Street, which is why the stock is up big again.