Please ensure Javascript is enabled for purposes of website accessibility
Log In Help Join The Motley Fool
Free Article Join Over 1 Million Premium Members And Get More In-Depth Stock Guidance and Research
By Danny Vena - May 27, 2021 at 2:00PM

The iconic leader chose a day of special significance for his departure.

Amazon (AMZN -0.99%) is about to make the biggest change to its lineup in more than a quarter-century. Founder Jeff Bezos will formally relinquish his role as CEO, handing the reins to Andy Jassy, the head of Amazon Web Services (AWS), the company's cloud computing unit.

At Amazon's annual shareholder meeting, which was held virtually on Wednesday, Bezos announced that the formal changing of the guard will take place on July 5, marking the 27-year anniversary of the date Amazon was incorporated back in 1994. 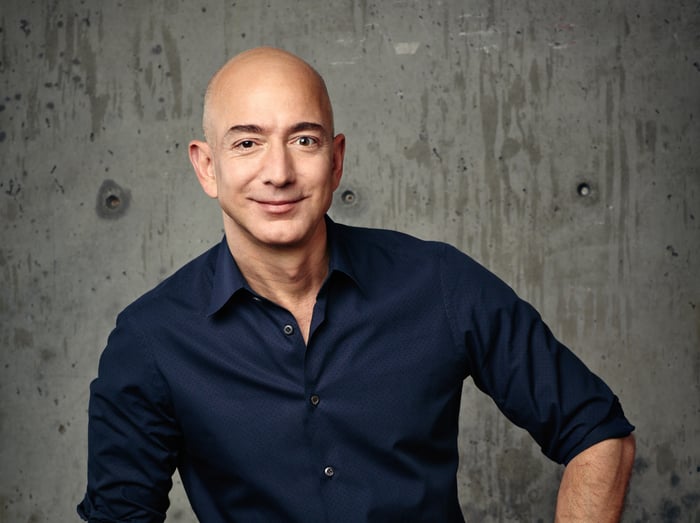 Bezos also had high praise for Jassy, noting that he would be leaving Amazon in good hands. "He has the highest of high standards, and I guarantee Andy will never let the universe make us typical," Bezos said during the digital meeting. "He has the energy needed to keep alive in us what has made us special."

He also acknowledged that the company is still committed to making big bets that could ultimately fail, like the Amazon Care telehealth service and the Project Kuiper satellite internet network. "The only way to get above-average returns is to take risks, and many won't pay off," Bezos said.

He is well known for his views on failing. In Amazon's 2018 letter to shareholders, he argued that good leaders should make it OK for their company to fail. "If the size of your failures isn't growing, you're not going to be inventing at a size that can actually move the needle," Bezos wrote. He went on to say that for a company of Amazon's size, it would "occasionally have multi-billion dollar failures," noting that not even all good bets pay off.

In conjunction with Amazon's fourth-quarter earnings report in February, the company announced that Bezos could transition to the role of executive chair sometime during the 2021 third quarter, with Jassy assuming the role of CEO. At the time, Amazon didn't provide a specific date for the changeover.