Please ensure Javascript is enabled for purposes of website accessibility
Log In Help Join The Motley Fool
Free Article Join Over 1 Million Premium Members And Get More In-Depth Stock Guidance and Research
By Eric Volkman - May 27, 2021 at 5:35PM

Consumer Reports and the Insurance Institute of Highway Safety both strip the model of prestigious titles.

Tesla Motors' (TSLA -2.62%) Model 3 sedan is losing some of its luster. The popular electric vehicle (EV) has been dropped by Consumer Reports as one of its Top Picks, and the Insurance Institute of Highway Safety (IIHS) plans to strip it of the organization's Top Safety Pick+, its highest-level award.

These developments closely follow the company's announcement earlier this week that it is replacing radar in the relatively low-cost model with the camera-based Tesla Vision system. It is doing the same with the Model Y SUV, again a comparatively budget offering in its category. 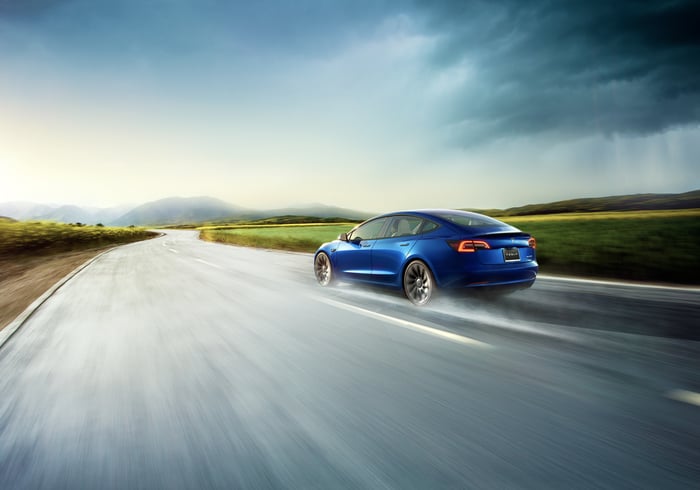 In the announcement Tesla warned that "For a short period during this transition, cars with Tesla Vision may be delivered with some features temporarily limited or inactive." These include Autosteer and Emergency Lane Departure Avoidance.

This doesn't sit well at all with safety proponents. In an article on the designation withdrawals, Consumer Reports quoted its Vice President of Advocacy David Friedman as saying that "If a driver thinks their vehicle has a safety feature and it doesn't, that fundamentally changes the safety profile of the vehicle."

"It might not be there when they think it would save their lives," he added.

Tesla hasn't yet responded directly to the Consumer Reports and IIHS moves, and since it likes to control the message it likely won't. Regardless, the loss of those prestigious designations just isn't a good look for the carmaker, which continues to have numerous issues with vehicle safety of late.

Still, the company and its stock have a great many believers no matter the prize count in its trophy case. The shares traded 1.9% higher on Thursday, eclipsing the 0.1% gain of the S&P 500 index.