Please ensure Javascript is enabled for purposes of website accessibility
Log In Help Join The Motley Fool
Free Article Join Over 1 Million Premium Members And Get More In-Depth Stock Guidance and Research
By Jim Halley - May 27, 2021 at 7:21AM

This company is one of the largest manufacturers of generic pharmaceuticals in the world, but it may be underpriced.

A lot of people who own Viatris (VTRS 1.55%) stock didn't even buy it. That's because Viatris was formed through the merger of Mylan and Upjohn, the generics unit of Pfizer (PFE 3.77%). Pfizer shareholders were given a little more than 12 shares in Viatris for every 100 they held in Pfizer. Mylan shareholders got a Viatris share for every previous Mylan share they held.

Viatris stock is down more than 19% this year, but this provides a good buying opportunity. 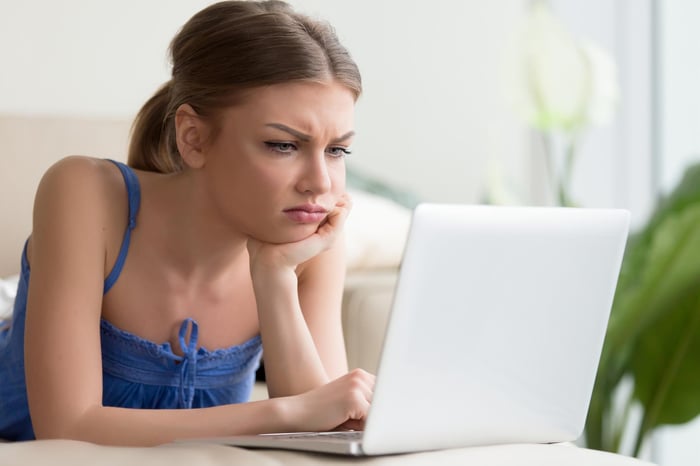 Why the collective yawn?

Is Viatris a sexy stock? No, not really. Most of its offerings are either stalwart brands that no longer have patent protection such as Lipitor, Viagra and Epi-Pen, or generics.

However, if you look at the company's first-quarter report, you'll find plenty of reasons to buy Viatris, or hold on to its stock if you already own it. The company reported $4.4 billion in earnings in the first quarter, up 70% year over year, with a gross profit margin of 59.6%, up from 52.7% in the same period in 2020, and free cash flow of $799 million, up 223% year over year. (A point to note: The previous year's results are Mylan's stand-alone results.)

The company did have a net loss of $1 billion under GAAP, but it should become more profitable as it trims redundant positions and facilities as part of its restructuring, which will take time. Management says it expects to find $1 billion in synergies within three years and will pay down $6.5 billion in debt by the end of next year.

The board approved a quarterly dividend of $0.11 per share to reward more patient investors. That dividend works out to a yield of 2.79% at Wednesday's share price. More importantly, this move should be viewed as a testimony to the viability and long term stability of its business.

Based on its anticipated earnings this year, Viatris trades at an low forward price-to-earnings ratio of 4.3, compared with the typical drug company's forward P/E of 34.5.

The question for investors is whether the company's merger with Pfizer's Upjohn division is going to turn around its falling earnings with cost savings. The company's diluted earnings per share have fallen 333% over the past 10 years. Even before the pandemic set in, diluted EPS fell nearly 44% per year since March 2015. Margins are much tighter for generic drugs and the company needs to leverage its size to find cost savings and compete.

It didn't help the company's stock price when the company came out with conservative guidance for 2021, which projected annual revenue this year of between $17.2 billion and $17.8 billion, with only $2.0 billion to $2.3 billion in free cash flow. However, the free cash flow number takes into account $1.5 billion in one-time costs connected with finding synergies in the new company. That revenue forecast, by the way, would still make Viatris the world's largest generic company, larger than Teva Pharmaceuticals, which reported $16.7 billion in revenue in 2020.

Where more revenue will come from

There are reasons to be optimistic about the company's prospects. While rapid growth is unlikely to be in the picture, the company is well suited to add biosimilars and complex generics to its arsenal, driving up revenue. It already has 1,400 approved molecules across a range of therapies, and it has recently come up with several new ones.

In March, it got tentative approval from the Food and Drug Administration (FDA) for an abbreviated new drug application (ANDA) for a generic version of Symbicort, which is indicated for patients with asthma or chronic obstructive pulmonary disease. The drug brought in $2.7 billion in revenue last year for AstraZeneca.

Viatris is already a strong player in biosimilars, with more than 300 approvals for seven different biosimilar products in more than 75 countries. While its sales of branded products and generics were down slightly in the first quarter, the company's complex generics and biosimilars saw 27% growth, though for now, it's the smallest segment, with revenue of $329 million in the quarter.

Two other biosimilars the company is awaiting word on could also help the revenue picture as it has, in the works, biosimilars to match Novolog, made by Novo Nordisk to treat the effects of types 1 and 2 diabetes, and Lantus, which is insulin glargine made by Sanofi to also treat type 1 or 2 diabetes. Viatris, in its first-quarter earnings call, said they would be the first biosimilars to achieve interchangeable designations from the FDA, and the company expects word by July on the FDA decision.

Good things come to those who wait

At the very least, Viatris appears to be a good value stock with a nice dividend that's well covered by its free cash flow. I think it makes sense to buy the stock at its current low valuation and hold on to see where it goes. In the meantime, investors will be rewarded with a nice dividend that's likely to grow, considering the company's free cash flow.

At this point, with the company just beginning to find cost savings by trimming jobs and facilities, it doesn't make sense to bail on the stock. This is only a new company in name. It has plenty of experience behind it, as well as a strong stable of drugs that should fuel future growth.