Please ensure Javascript is enabled for purposes of website accessibility
Log In Help Join The Motley Fool
Free Article Join Over 1 Million Premium Members And Get More In-Depth Stock Guidance and Research
By Rich Smith - May 27, 2021 at 1:26PM

Optimism over these prospects continued to lift Virgin Galactic shares higher today, and the stock was up a solid 4% as of 12:15 p.m. EDT on Thursday. 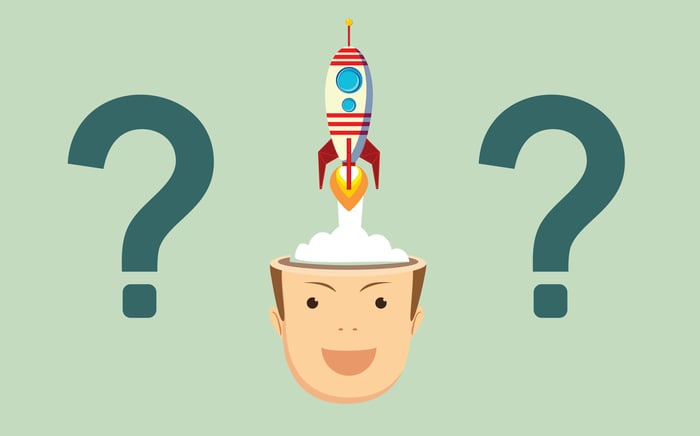 According to the analyst (as TipRanks,com reported), with mechanical difficulties on its VSS Unity spaceplane repaired, and another successful test flight under its belt, Virgin Galactic is clear to wrap up its test flight schedule by the end of this year, and is likely to begin commercial operations as early as the first quarter of 2022.

From there on out, "the cadence of activity is scheduled to increase," predicts Canaccord, as Virgin Galactic begins to exploit a total addressable market for space tourism that could generate as much as $1.7 billion in annual revenue, and nearly $500 million in annual earnings before interest, taxes, depreciation, and amortization (EBITDA), by 2030.

And yet, I see one huge problem with Canaccord's report: It's based on a $500,000 ticket price that looks increasingly unrealistic as time goes by.

Virgin Galactic is reported to have promised its initial batch of 600 tickets to reservation holders at the price of $250,000 each. Now management has suggested that future tickets might cost more than that as the company works toward profitability. And perhaps based on that suggestion, Canaccord Genuity assumes that Virgin Galactic will be selling space tourism tickets for "$500,000 per seat" in 2030.

But that is not how volume-driven businesses tend to operate in real life. It's not how profitable businesses scale.

To the contrary, to grow a market, businesses tend to introduce products and services at high price points first, milk the early adopters for those high prices, gain scale, and then lower their prices over time to bring in more customers. Indeed, as more competition enters the space tourism marketplace (from Blue Origin, and from SpaceX -- which some have suggested could charge as little as $20,000 per ticket for a tourist flight aboard its new Starship spacecraft), Virgin Galactic will almost certainly have to lower its fares, not raise them.

Even Canaccord in its note admits that it anticipates some price pressure on Virgin Galactic. If that means that Virgin Galactic's prices have to go down from $250,000, not up to $500,000, in order to remain competitive, then the chances of this company getting anywhere near $1.7 billion in annual revenue in 2030 -- as Canaccord predicts -- look dim indeed.