Please ensure Javascript is enabled for purposes of website accessibility
Log In Help Join The Motley Fool
Free Article Join Over 1 Million Premium Members And Get More In-Depth Stock Guidance and Research
By Parkev Tatevosian - May 28, 2021 at 8:59AM

The home improvement retailer reported fantastic results in Q1, but so did rival Home Depot.

Using those results, let's try to uncover whether Lowe's gained market share in a quarter where the home improvement market grew robustly overall.

In a direct comparison, Home Depot grew sales by 32.7% year over year in the first quarter, and Lowe's increased sales by 24.1% from the same quarter last year. Looking at the results head to head, the indication is that Home Depot increased revenue much faster than Lowe's. And in fact, Home Depot CEO Craig Menear said in the first-quarter conference call that "it appears that we picked up about 170 points in share overall, based on the March data that was put out by the government." 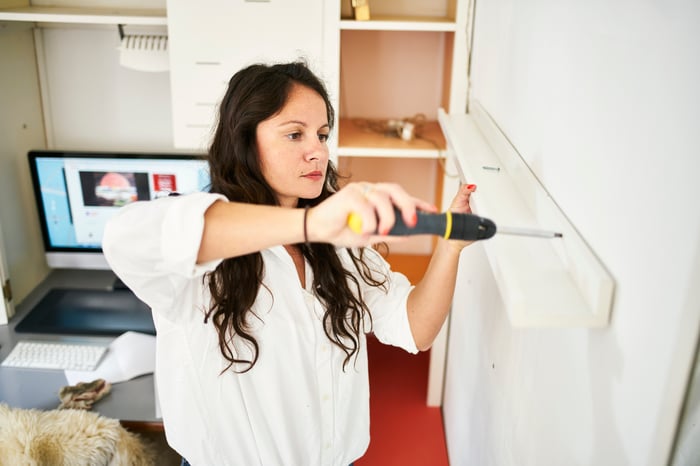 So, Lowe's too is saying that it gained market share in the first quarter. By the looks of it, Lowe's picked up about 150 basis points in share. Since both large retailers are gaining market share, it could be at the expense of smaller retailers that either didn't survive the pandemic or didn't have the capital to adapt the way Home Depot and Lowe's did. 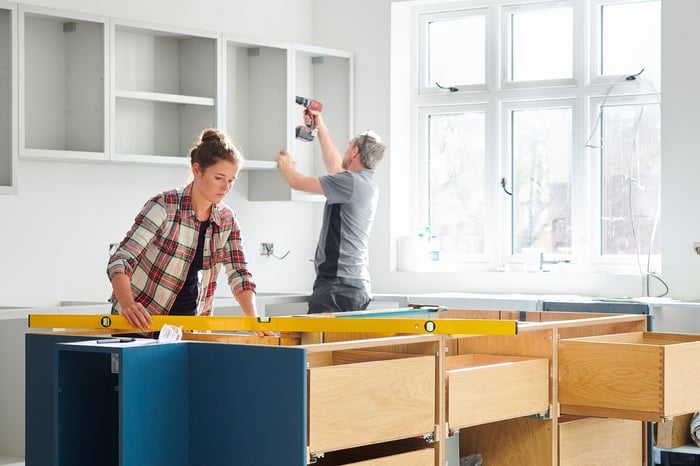 Lowe's management said it feels that, while the macro outlook remains volatile, it can continue taking market share. But, importantly, it believes it can do this while improving its operating profit margin. In other words, it's not going to rely heavily on promotions, lower prices, or other means of gaining sales at the expense of profits.

Lowe's is confident its Total Home strategy initiative will allow it to gain market share and enhance profit margins. As part of the program, Lowe's is enhancing its investment catering to the professional customer, online capabilities, installation services, localization, and increasing product assortment.

In the first-quarter conference call, Lowe's management sounded confident in its ability to achieve two objectives in 2021: To gain market share and to improve operating profit margin. Management acknowledged that consumer behavior is too uncertain to predict for the rest of the year, but taking market share and improving margins are two things it feels it can control.

Over the last decade, Lowe's has averaged an operating profit margin of 7.5%. Its target for 2021 is to hit 12%. In the first quarter, its operating profit margin came in at 12.42%. Lowe's reiterated the positive outlook for the rest of 2021 by saying: "Better-than-expected year-to-date results and a supportive macroeconomic backdrop build the company's confidence in its ability to deliver strong results for the fiscal year, including continued market share gains and the achievement of a 12% operating margin."

Even at the average operating profit margin of 7.5%, Lowe's grew earnings per share at a compounded annual rate of 18.5% over the last decade. If it can achieve and sustain an operating profit margin north of 10% and maintain mid-single-digit revenue growth, investors could be in line for healthy returns. Therefore, if you haven't already, you should consider adding shares of Lowe's to your portfolio.