Please ensure Javascript is enabled for purposes of website accessibility
Log In Help Join The Motley Fool
Free Article Join Over 1 Million Premium Members And Get More In-Depth Stock Guidance and Research
By Dan Caplinger - May 28, 2021 at 5:55PM

Wall Street closed the month on a positive note.

The stock market closed the week on an up note, finishing the month of May as Monday brings the Memorial Day holiday. Gains were modest, but the Dow Jones Industrial Average (^DJI -0.86%), S&P 500 (^GSPC -1.29%), and Nasdaq Composite (^IXIC -2.01%) all managed to climb higher.

Some of the biggest movers on Friday were marijuana stocks. Investors have been generally excited about the prospects for the cannabis industry since the U.S. elections, but the downturn in high-growth stocks also brought that positive momentum for pot investments to a halt. Now, it appears that investors have high hopes for the future once again. Let's look at some of the stocks seeing the biggest gains. 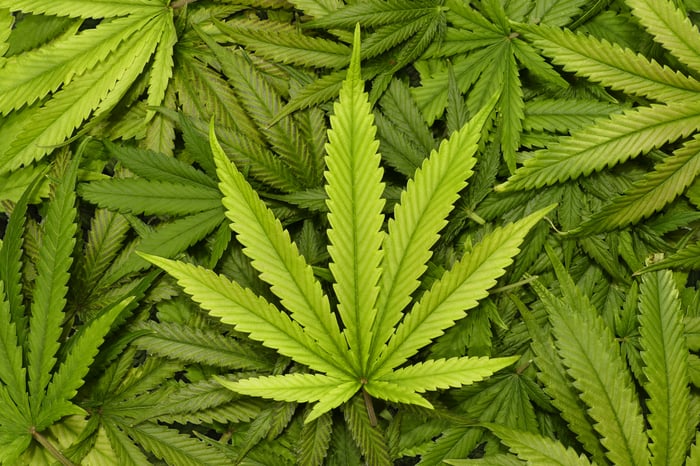 Much of the cannabis sector enjoyed considerable gains on Friday. The ETFMG Alternative Harvest ETF (MJ -3.21%), which includes a wide array of cannabis-related investments, rose nearly 2% in the session.

Why was pot on the rise?

A number of factors supported the increase in investor interest in cannabis stocks. First, most of the top stocks in the sector are based in Canada and rely heavily on the Canadian retail market currently. The pandemic has been more stubborn north of the U.S. border, as vaccine rollouts have been somewhat slower. However, the country is making greater progress, and with the prospects of restrictions finally getting lifted, investors are hoping for a boost for the industry domestically.

Also, companies are getting more aggressive about consolidation efforts. Tilray's acquisition of Aphria is perhaps the clearest example, but today, HEXO announced that it would make its own strategic move, spending $765 million to buy out cannabis producer Redecan. Once the deal goes through, HEXO would become an industry leader in dried flower as well as in cannabis-infused beverages. Shareholders can expect some dilution, but only between 50% and 60% of the total price will come from new stock, with HEXO paying $330 million in cash.

Finally, marijuana investors still believe that the U.S. market is ripe for picking once the federal government makes moves to decriminalize pot. There hasn't been much progress on that front since January, as lawmakers have focused on different issues. Nevertheless, many in the industry see it as simply a matter of time before would-be cannabis consumers in the U.S. have the same ability to buy nationwide as their Canadian counterparts.

Keep your eyes on cannabis

Pot stocks have already enjoyed huge gains, with many having doubled or more in the past year. However, most are far below their highs from 2018. With growth investors looking for companies that can live up to their long-term potential, marijuana might represent a rare value opportunity amid high-priced high-growth stocks in other areas like technology.