Please ensure Javascript is enabled for purposes of website accessibility
Log In Help Join The Motley Fool
Free Article Join Over 1 Million Premium Members And Get More In-Depth Stock Guidance and Research
By Keith Speights - May 28, 2021 at 4:18PM

An FDA advisory committee vote was a lot closer than anticipated.

Shares of Provention Bio (PRVB -3.91%) crashed 28.8% as of the market close on Friday. The huge decline came after a U.S. Food and Drug Administration (FDA) advisory committee voted 10-7 in favor of recommending approval of teplizumab in delaying type 1 diabetes.

Investors were clearly expecting a more lopsided vote for teplizumab after the FDA's briefing documents seemed quite positive about Provention's clinical data. Those documents stated that the company's TN-10 clinical study "successfully demonstrated the treatment effect of teplizumab in delaying T1D diagnosis." 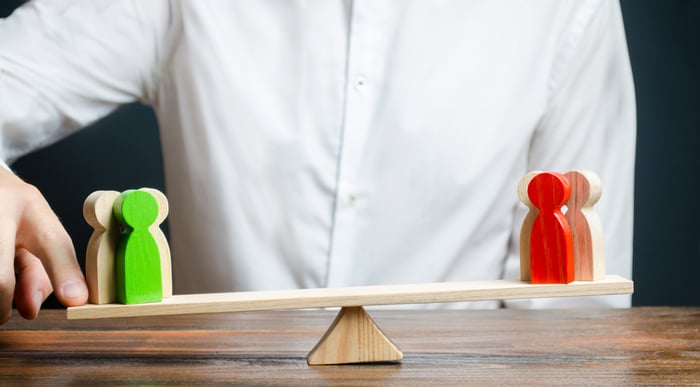 However, the FDA's Endocrinologic and Metabolic Drugs Advisory Committee wasn't as convinced about the experimental drug. Some of the committee members expressed reservations about the small size of the pivotal study conducted by Provention. They were also concerned that patients weren't followed after being diagnosed with type 1 diabetes.

It's possible that the relatively narrow vote increases the chances that teplizumab won't win FDA approval. However, the agency usually goes along with advisory committee recommendations.

What's next for the biotech stock? The FDA is scheduled to announce its decision on approval for teplizumab by July 2.