Please ensure Javascript is enabled for purposes of website accessibility
Log In Help Join The Motley Fool
Free Article Join Over 1 Million Premium Members And Get More In-Depth Stock Guidance and Research
By Eric Volkman - May 28, 2021 at 6:00PM

Investors really like when their companies shatter analyst projections.

Veeva Systems (VEEV 1.59%) ended the week in style, zooming higher by slightly over 10% on Friday. The reason why was simple -- quarterly results that blew past analyst expectations.

For Veeva's first quarter of its fiscal 2022, the healthcare data analytics and management specialist booked $433.6 million in revenue, 29% higher year over year. That was helped by a 26% increase in subscription services, in turn supported by a record quarterly addition of 59 new customers (Veeva's count now exceeds 1,000). 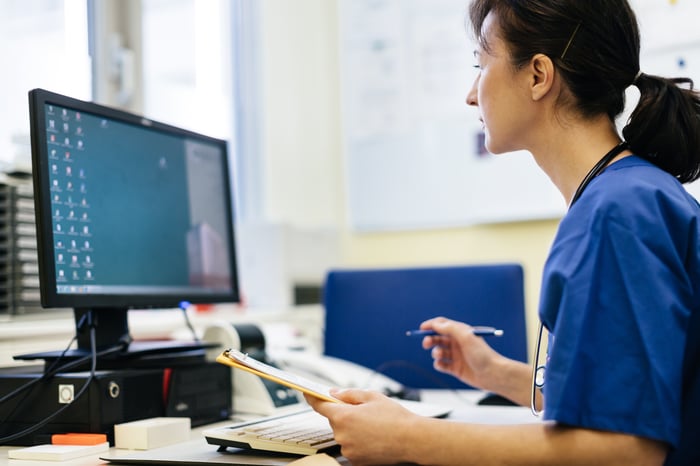 Both headline numbers crushed analyst estimates, which on average were for slightly over $410 million on the top line, and a per-share adjusted net profit of only $0.78.

It's a truism that stocks trade on forward potential, not past performance, so the real magic in Veeva's Q1 earnings might be the company's guidance. For the entirety of its fiscal 2022, it's forecasting revenue of $1.815 billion to $1.825 billion, and per-share earnings of $3.49. Both estimates are comfortably above the collective analyst projections, which are respectively $1.76 billion and $3.24.

Veeva has much going for it as a company. Its products are clearly striking a chord with customers throughout the healthcare space, which in the U.S. has historically been notorious for its poor data management practices. Given that, the company still seems to have a great deal of potential in front of it.