Please ensure Javascript is enabled for purposes of website accessibility
Log In Help Join The Motley Fool
Free Article Join Over 1 Million Premium Members And Get More In-Depth Stock Guidance and Research
By Billy Duberstein - May 30, 2021 at 7:39AM

These two component-makers are set up for a strong upcycle, but which will be stronger?

It's no secret that we are in a semiconductor shortage. The pandemic accelerated the already-present trends of 5G, artificial intelligence, cloud computing, and automation across industrial factories and autos. That means booming demand not only for proprietary chips, but also the makers of components that support these chips and intelligent machines.

Component companies are related to semiconductors but are really more like industrial stocks or even commodities, which should also do well in this strong, reflating economy. Two industrial-tech leaders are Micron Technology (MU -2.95%) and II-VI (IIVI -3.57%). This is the type of environment in which these types of companies should do well, yet both are well off this year's highs. That could be a big opportunity -- but which is the better buy at this moment? 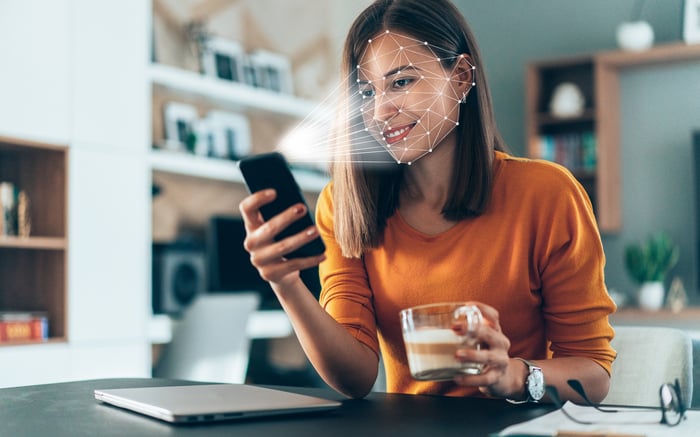 What Micron and II-VI do

Micron is a global leader in the production of DRAM and NAND flash memory chips. DRAM stores data when power is turned on and is a necessary step in feeding data from storage to the processor. Basically, it's the firepower that boosts computing speed and volume. NAND flash is nonvolatile, which means it stores bits even when power is off, but it's not as fast as DRAM. NAND shares the nonvolatile storage world with hard disks, which are an older but cheaper technology. As NAND has come down in price, its higher speeds, greater resilience, and smaller form factors have allowed it to take a lot of share form hard disks.

As the backbone of the data economy, both DRAM and NAND memory are set for some strong growth in the years ahead. DRAM bits are expected to increase in the high teens over the medium term, while NAND flash bits are projected to grow in the 30% range. Currently, Micron's business is about two-thirds DRAM, one-third NAND flash.

II-VI also makes components, but different kinds. The company makes a variety of components and subsystems that generally fall under two categories: photonics for optical communications, and industrial lasers. About two-thirds of II-VI's sales fall under the communications segment, where it produces a mix of optical transceivers and materials. The other one-third of laser technology is spread across semiconductor capital equipment, consumer electronics, industrial applications, aerospace and defense, and life sciences. All of these end markets are also projected to grow strongly by an annual double-digit rates over the next five years, so II-VI is also playing in strong markets.

So both companies will grow over the long term, but they also have very cyclical qualities, which makes them cheaper than most other tech stocks.  Yet both have managed to take advantage of this cyclicality, buying up weaker competitors in downturns. Today, both have incredible global scale, and each has improved their profitability over time.

While both II-VI and Micron are consolidators in their industry, the consolidation in the DRAM and NAND industries is largely complete. Micron's last acquisition came in 2016 with the purchase of Inotera. Since then, Micron has greatly improved its cost structure, has paid down debt to a strong net cash position, and has progressed quickly through technology transitions to become among the most efficient in the industry. In recent months, Micron surpassed its South Korean competitors as the first memory company to achieve 176-layer NAND and the 1-alpha node in DRAM.

However, the optical and laser markets are still in consolidation mode, and II-VI just won a bidding war for rival Coherent (COHR -0.32%), agreeing to purchase the laser rival for about $7 billion, using a combination of debt, preferred equity issued by Bain Capital, and stock. Coherent will give II-VI greater diversification, especially in the industrial laser market, along with impressive cost and revenue synergies. However, upon closing, the combined company will have a high debt load. Post-transaction, the company will have a 4.4 debt-to-EBITDA ratio, which is fairly high.

II-VI is currently profitable, has a strong history of acquisition integrations, and just won a high-profile contract with Apple for 3D sensing and potential AR/VR applications. However, that debt figure may be making some investors nervous, which is why the stock is down some 35% from recent all-time highs.

Both stocks are quite cheap at the moment; II-VI, without the effect of the Coherent acquisition, trades at around a 17 P/E ratio based on this year's earnings estimates. Micron is much more cyclical and volatile than II-VI, but because of the current upcycle, it trades at just a forward P/E ratio of 8.

Given the strong growth prospects for both over the coming decade, along with the strong economy and below-market valuations, both stocks appear to be great buys today. However, the big difference between the two is that II-VI will have to use its free cash flow to delever its balance sheet over the coming years. If interest rates tick up, it will be more difficult for highly indebted companies to perform.

In contrast, Micron, with its net cash position, will be able to return a huge amount of cash to shareholders in the form of share repurchases, as management has stated it intends to do. And if Micron proves it can generate cash flows through the next cycle, it has more room rerate to a better multiple. As such, Micron is the less risky and better buy today.

However, I am a fan of both companies and gladly own both of these best-in-class tech industrials.