While the benefits of index fund investing are well established, deciding which funds to choose opens up a wider debate. You might find yourself on Vanguard's account page struggling to decide between two similar funds. You might also wonder if there's a point in holding multiple funds covering the same segments of the market.

The truth is, the Vanguard Total Stock Market ETF (NYSEMKT:VTI) and the Vanguard S&P 500 ETF (NYSEMKT:VOO) are quite similar but also different enough to merit separation. Let's look at when each fund would be a better buy for your portfolio.

Vanguard's Total Stock Market ETF is a preferred holding for someone who values simplicity. If you want to buy a single fund and hold it forever, you really can't go wrong with Vanguard Total Stock.

Vanguard Total Stock is best held in portfolios as the only holding or paired perhaps with an international stock fund. It's the quintessential low-cost, set-it-and-forget-it market tracker. Over long periods of time, Vanguard Total Stock has vastly outperformed large swaths of expensive fund managers and other active traders. 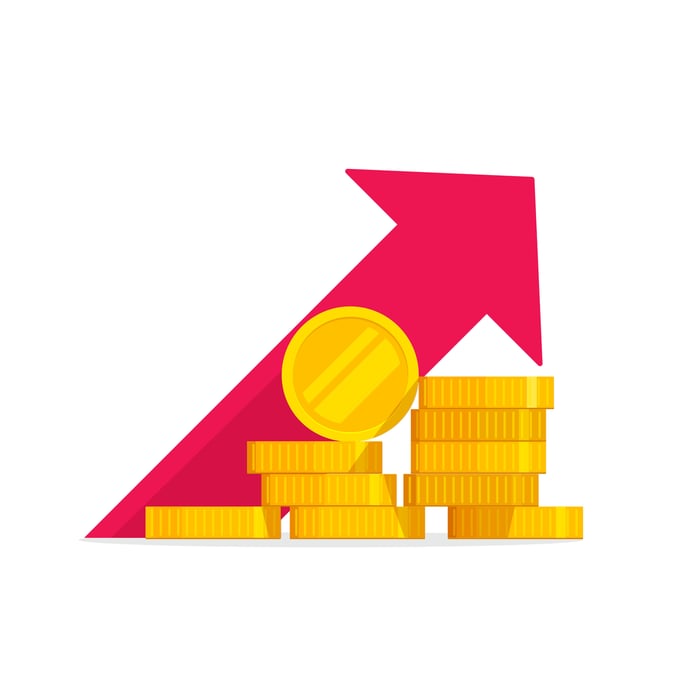 Next, Vanguard S&P 500 simply tracks the S&P 500, thereby omitting other market segments. If you only want large-cap companies in your portfolio -- perhaps due to greater perceived risks of less established companies -- there would be no real issue with owning just Vanguard S&P 500.

Vanguard S&P 500 might also be preferred in a portfolio where the investor wants greater discretion over specific holdings. For example, if you were to hold Vanguard S&P 500 along with mid-cap, small-cap, and micro-cap funds, you'd be able to easily move from one segment to the next with greater control. Total market funds, on the other hand, give you a prescribed allocation that you won't be able to alter.

As you can see in the chart below, the performance of the two funds is nearly identical (with a very slight nod going to Vanguard Total Stock). 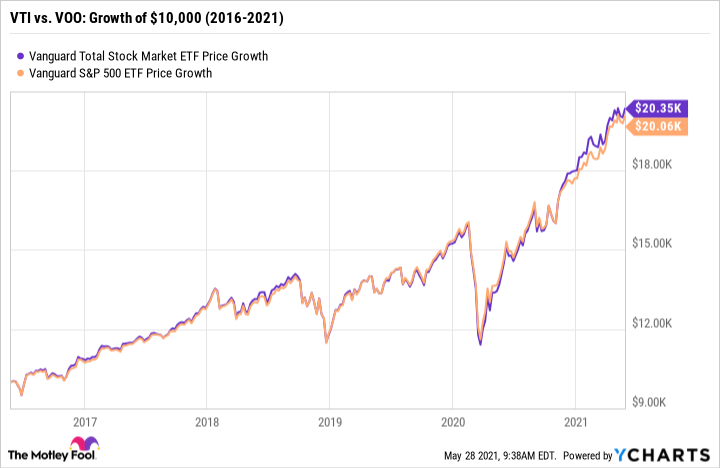 One way you might want to view these funds is as ideal tax-loss harvesting partners. If the market were to go down by 30% as it did last March, you could lock in a loss on one fund and jump right into the other. This would allow you to apply the realized loss against any future realized gains and lose no time in the market along the way.

Another major factor in deciding between the two is your current portfolio. If you are just starting out and haven't yet made any investments, Vanguard Total Stock is likely the better buy. If you're already invested in several market segments and are looking for the best fund to complement your existing portfolio, there are ways to make Vanguard S&P 500 work.

But the most important takeaway is this: Both are great long-term investments. It really isn't necessary to hold both funds, but if you find yourself deciding between the two, you're 99% of the way home. Like with most investments, it simply depends on your preferences as well as your current holdings. Still, it's undeniable that you'll be in a better position to make a decision if you know how the two funds differ and the situations in which either would be the better choice.