Please ensure Javascript is enabled for purposes of website accessibility
Log In Help Join The Motley Fool
Free Article Join Over 1 Million Premium Members And Get More In-Depth Stock Guidance and Research
By Katie Brockman - May 30, 2021 at 5:15AM

The S&P 500 can take you further than you may think.

In some ways, investing is like participating in a race. You don't necessarily need to be the fastest right out of the gate to win. Rather, you just need to keep a steady pace over the long haul to come out ahead.

The S&P 500 is one of the best long-term investments out there, and famed investor Warren Buffet has long touted the S&P 500 as an ideal option.

In fact, during the 2020 Berkshire Hathaway shareholder's meeting, Buffett claimed that "for most people, the best thing to do is to own the S&P 500 index fund." Here's why the S&P 500 is so powerful, and how it could help you make a lot of money in the stock market. 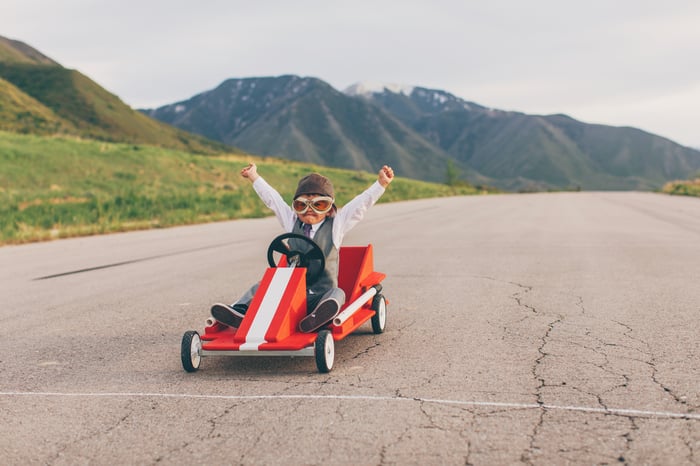 The S&P 500 is comprised of 500 of the largest and most stable companies in the United States. When you invest in an S&P 500 index fund, you're investing in all the stocks that make up the S&P 500 in order to mirror the index's performance.

Because the S&P 500 contains some of the strongest companies in the country, it's more likely to see positive long-term growth. In addition, it's more resilient in the face of market crashes.

This isn't to say that the S&P 500 is immune to market downturns. However, it's more likely to recover from crashes than some other types of investments.

Since the S&P 500's inception in 1957, it has faced countless corrections, downturns, and crashes. Given enough time, however, it's been able to recover from every single one. And since its inception, it has earned an average rate of return of around 10% per year. 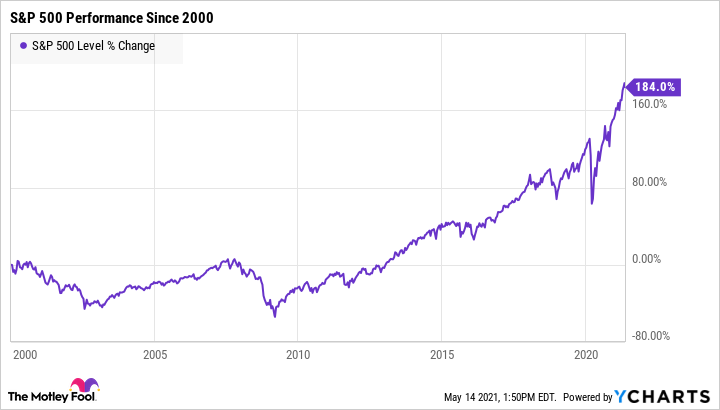 This doesn't necessarily mean the S&P 500 will continue earning 10% returns year after year. There will be years when you experience losses, while other years you'll earn much higher-than-average returns. Over time, those good years and bad years should average out to around 10% per year.

The market will inevitably crash sooner or later. But by investing in S&P 500 index funds, there's a very good chance your investments will recover.

Although S&P 500 index funds are relatively safe investments, you can still potentially make a lot of money.

The key to getting rich with the S&P 500 is to give your money as much time as possible to grow. Ideally, you'll have started saving early in life and can continue investing consistently for several decades. But if you're off to a late start, it's still important to start investing now instead of putting it off.

Let's say you're investing $300 per month in S&P 500 index funds, and you're earning a 10% average annual rate of return. Here's approximately how much you'd accumulate over time, depending on how many years you have left to save:

Given enough time, it's possible to become a millionaire by investing in S&P 500 index funds. But even if you don't have 40 years left to save, you can still make a substantial amount of money.

Also, one of the best features of this type of investment is that it's hands-off. In other words, your S&P 500 index funds will perform best when you don't touch them for as long as possible. So all you need to do is invest consistently and then sit back and let your investments do the rest of the work for you.

Warren Buffett is a proponent of S&P 500 index funds, and it's easy to see why. There are several advantages to choosing this type of investment, and by investing consistently, you can potentially earn more than you think.