Please ensure Javascript is enabled for purposes of website accessibility
Log In Help Join The Motley Fool
Free Article Join Over 1 Million Premium Members And Get More In-Depth Stock Guidance and Research
By Billy Duberstein - Jun 2, 2021 at 5:53AM

Marqeta could be a new payments giant in the making.

High-multiple growth stocks, particularly those of recent IPOs and special purpose acquisition companies (SPACs), have fallen out of favor since February. The economy has bounced back strongly, thanks to accelerated vaccinations and the passage of government stimulus. But that's stoking fears of inflation, benefiting more value-oriented and cyclical stocks.

However, even Warren Buffett's business partner, Charlie Munger, once said, "when you analyze what happened, the big money's been made in the high-quality businesses. And most of the other people who've made a lot of money have done so in high quality businesses."

High-quality businesses tend to be growth stocks, so with the rotation out of growth stocks in recent weeks, long-term investors may wish to pick up quality merchandise while it's on sale.

A new exciting growth stock recently filed papers to go public in an IPO, which should happen some time this month. Investors interested in the payments and fintech space should therefore have their eyes peeled and pencils sharpened for digital issuer Marqeta, which will trade under the symbol MQ on the Nasdaq when it hits the market. 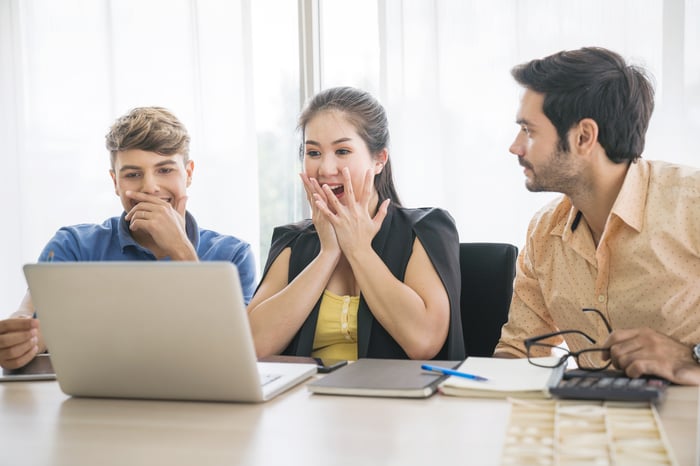 Marqeta could be the next exciting IPO. Image source: Getty Images.

Founded in 2010, Marqeta built an open API ecosystem that allows its business customers to build and manage card programs and process payments. While the relatively straightforward issuing of traditional card programs is well-handled by incumbents, Marqeta is enabling more flexible and on-demand programs for the modern digital world.

For instance, Instacart is a big customer. Marqeta's technology enables an Instacart shopper to use a card with the specific amount for an order at checkout in real time. Its platform makes sure the shopper can only purchase the amount confirmed in the digital order, so that the shopper doesn't miss any items, and also doesn't order anything extra.

With its open and flexible platform based on APIs, Marqeta is currently the card-issuing backbone of both fintech start-ups such as Klarna and Square, which uses Marqeta for both its business cards and Cash App cards, as well as large traditional banks such as Goldman Sachs (GS 0.61%), which uses Marqeta for its Marcus consumer banking platform, as well as JPMorgan Chase (JPM 1.66%), which began using Marqeta's platform to innovate more flexible programs for business-card clients.

There has been a lot of innovation on the acquirer-processor side of fintech, which manages the merchant side of payments, but not as much with issuers. Marqeta claims it has first-mover advantage in this segment, which should keep it well ahead of potential threats from incumbents or other start-ups. With a range of high-powered customers and a volume-based business model that gives customers a lower interchange rate as they use more, you can see how Marqeta could very well take a huge share of the issuer technology market.

As more and more of finance is digitized, that certainly sets Marqeta up for big potential revenues.

Financials back up the hype

With the pandemic accelerating digitization trends and giving a boost to Marqeta customers such as Instacart and DoorDash, it probably won't surprise you that Marqeta pulled off some eye-popping growth last year and into 2021.

This is pretty impressive, and while Marqeta is just now getting to scale, the company claims its $60.1 billion in total processed volume (TPV) last year was less than 1% of the $6.7 trillion in transaction volume processed through U.S. issuers in 2020. So there is still a huge runway for growth if Marqeta executes.

Marqeta is run by founder and CEO Jason Gardner, a serial entrepreneur who had previously founded an IT management company before the dot-com bust, then founded rent and lease payments company PropertyBridge, which he sold to MoneyGram in 2007, and stayed on at MoneyGram for two more years. The idea for Marqeta came over a sushi dinner with a friend. When the bill came and his friend began shuffling through his various coupons, he told Gardner that he should find a way to put all of his various coupons onto a simple card.

In his letter to investors, Gardner highlights the goal of serving all stakeholders, including customers, employees, and investors. He also has a bit of a hippie streak, quoting songs by bands The Grateful Dead and Phish two times each during the letter. While that may seem odd to some, another Deadhead CEO I can think of, though I'm sure there are more, is HubSpot (HUBS 0.91%) CEO Brian Halligan. HubSpot, another digital commerce innovator, is a 20-bagger since its late 2014 IPO, so there may be something there.

Could that spell similar success for Marqeta? Time will tell. 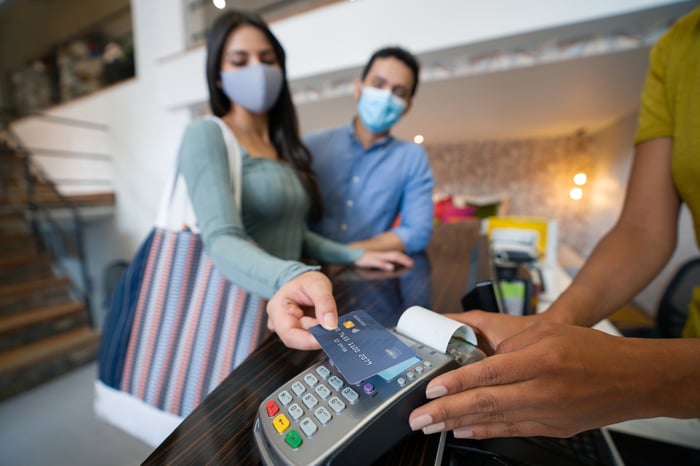 Gardner currently owns 14.1% of the current stock, so he has a fair amount of skin in the game. Other major investors include a handful of venture capital funds, and PULSE payment network parent Discover Financial Services (DFS 1.00%), which was an early investor in Marqeta dating back to 2013. Visa (V 0.12%), which inked a long-term deal with Marqeta in 2017, and Mastercard (MA 1.05%), which made a deal with Marqeta in 2020, also own shares, though the amount is not disclosed. Marqeta has also issued warrants to big customers, including Square and Uber.

One of the risks for Marqeta would be that it has to make deals with the large and powerful card payment networks for access, and its main customer, Square, accounted for 73% of Marqeta's revenue last quarter. However, allowing equity buy-ins from these network partners and key customers, Marqeta has smartly allowed these negotiating partners to share in Marqeta's success. That may very well mitigate the threat of large payment networks building their own issuing technology, or major customers building their own platforms in-house -- or at least using these possibilities as leverage in negotiations.

While legacy issuer technology companies will no doubt compete in this new era, the more threatening potential competition may come from the digital upstarts on the payments processing side of the equation, including Stripe or European processor Adyen. While Marqeta is an early mover with a longer track record in issuing, investors should keep an eye out for other upstarts trying to grab a piece of this end of the fintech market.

However, given that the payments universe is so vast, and that Marqeta seems to be an early leader in this niche, it should be able to carve out a significant market share.

Pre-IPO brokers have indicated shares in that secondary market have traded for about a $16 billion market cap, but a more recent Reuters article indicates the company may raise about $1 billion closer to a $12 billion valuation. A $12 billion valuation would be about 40 times 2020 sales, which is quite expensive; however, when you consider the 100%-plus growth rate, it's likely only around 20 times this year's sales -- still not cheap, but not that expensive for a company growing so fast.

Investing in new IPOs can be risky for public investors, as well-hyped private companies tend to skyrocket on their first days of trading. However, given the massive success of fintech peers such as Square and Adyen since their IPOs, Marqeta is definitely a company I am keeping my eye on, and possibly buying at the right price once it hits the market.