The transaction boosts the growth prospects of the buyer while enhancing the sellers' balance sheets.

It's a notable deal for all parties. The transaction will provide an immediate boost to Kinder Morgan's cash flow. Meanwhile, it will significantly bolster the financial profile of both sellers. Those benefits will enhance all three companies' ability to pay their high-yielding dividends. 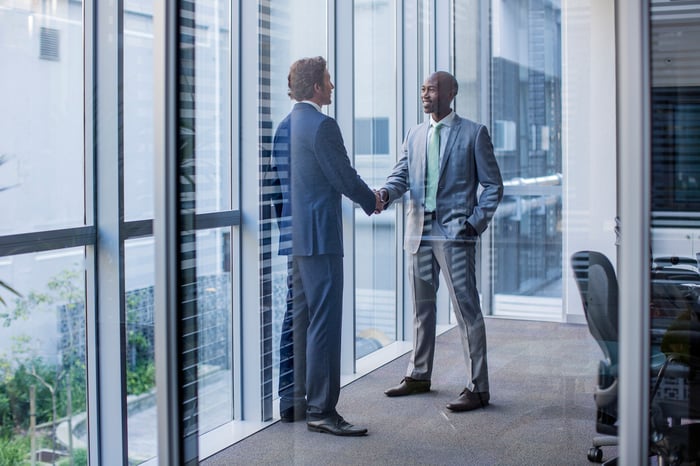 Putting the windfall to work

That makes it an excellent strategic fit as Kinder Morgan can integrate the facilities into its assets in the region. It believes that this will save it money over time. Because of that, the company anticipates the deal will be immediately accretive to earnings while improving its cash flow in the future.

The deal marks a turning point of sorts for Kinder Morgan. It had spent the past several years selling assets to shore up its balance sheet. However, thanks to a massive windfall during the first quarter -- the company generated $1 billion in additional cash by taking advantage of market opportunities during the winter storm in Texas -- it has significantly more financial flexibility. That allowed it to purchase Stagecoach and bolster its recurring cash flows. Those incremental funds will put its 5.8%-yielding dividend on an even firmer long-term foundation.

Cashing in to support their strategies

For Crestwood and Consolidated Edison, the sale marks the end of an era. Crestwood's predecessor company initially acquired Stagecoach in 2005. It formed its current joint venture with Consolidated Edison in 2016, which valued the system at $2 billion. That deal gave Crestwood the cash it needed to bolster its balance sheet while providing Consolidated with the opportunity to grow its transmission business.

Unfortunately, turbulence in the energy market has weighed on the value of gas infrastructure assets like Stagecoach over the years. That, along with a strategy shift toward renewable energy, has led utilities like Consolidated to sell off their gas infrastructure assets in recent years to help finance their clean energy push. In the company's case, it plans to invest billions of dollars in the coming years to aggressively expand its renewable energy business. The proceeds from this sale will give it additional funds to help finance that shift. That will enable Consolidated to continue growing its 4.1%-yielding dividend as it pivots its portfolio to the cleanest energy sources.

Meanwhile, the sale will benefit Crestwood Equity Partners' strategic focus to enhance its financial flexibility so that it can return more cash to its investors. The master limited partnership (MLP) intends to use its share of the sale proceeds to accelerate its deleveraging strategy. That will enable it to reduce its leverage ratio from the current level of 4.2 times debt to EBITDA to between 3.5 and 3.75 times by year-end. That's well below its initial expectations that leverage would average 4.25 times this year. As a result, it will have more financial flexibility to opportunistically return additional cash to investors above its current 8.6%-yielding distribution via additional common unit and preferred equity repurchases.

This deal benefits all three companies. First, it allows Kinder Morgan to put its recent cash windfall to work by purchasing a cash-generating asset that will further support its dividend. Meanwhile, it gives Consolidated Edison some cash to reinvest in its transition to cleaner forms of energy to keep growing its dividend. Finally, it will provide Crestwood the funds to repay debt so that it can opportunistically return more cash to investors above its current distribution. Because of that, all three companies are in a better position to reward income-focused investors in the future.