This power couple is looking to advance innovative power solutions.

Bill Gates is opening a new front in his fight against climate change -- Wyoming. The state may not be the first place people think of when it comes to nuclear power plants, but Gates and Warren Buffett are looking to change that. The two business leaders announced that TerraPower, an innovative nuclear power company which Gates founded more than a decade ago, and PacifiCorp, a subsidiary of Berkshire Hathaway (BRK.A 1.66%) (BRK.B 1.71%), has chosen Wyoming as the site for the first Natrium plant, an advanced nuclear reactor.

Estimated to cost $1 billion, the Natrium demonstration project consists of a 345 megawatt (MW)  sodium-cooled fast reactor as well as a molten salt-based energy storage system, which can boost the system's power output to 500 MW on demand for more than five and a half hours -- equal to the energy required to power about 400,000 homes. According to TerraPower, the advanced technology included in the Natrium project allows it "to integrate seamlessly with renewable resources and could lead to faster, more cost-effective decarbonization of electricity generation." 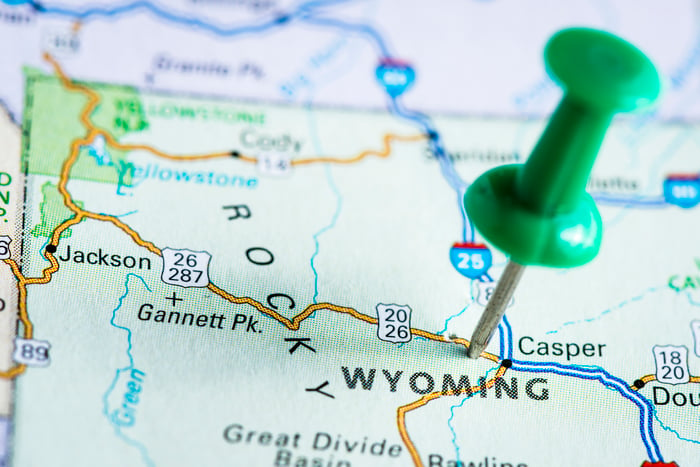 Addressing the merits of the project, Chris Levesque, president and CEO of TerraPower, stated, "Together with PacifiCorp, we're creating the energy grid of the future where advanced nuclear technologies provide good-paying jobs and clean energy for years to come," adding that "The Natrium technology was designed to solve a challenge utilities face as they work to enhance grid reliability and stability while meeting decarbonization and emissions-reduction goals."

TerraPower, which received $80 million in initial funding from the Department of Energy in October 2020 to validate the technology, expects to reveal the exact location of the facility by the end of 2021.