Please ensure Javascript is enabled for purposes of website accessibility
Log In Help Join The Motley Fool
Free Article Join Over 1 Million Premium Members And Get More In-Depth Stock Guidance and Research
By Jason Hawthorne - Jun 3, 2021 at 6:38AM

That spending might help him win the war on cancer.

It's rare for the public to get insight into a leader's relationship with money. When they do, it can hint at how they will approach the company's finances. It's hard to forget Aubrey McClendon's $12 million map collection and Elon Musk's 640 horsepower supercar. McClendon sold his collection to the company when he needed money and Musk spent a good portion of his early wealth on a car he totaled while uninsured. Those seem like red flags. Then there are the penny pinchers.

BioNTech's (BNTX 1.11%) CEO Dr. Ugur Sahin and his wife and cofounder Dr. Ozlem Tureci are at the other end of the spectrum. Despite being billionaires, they reportedly live in a modest apartment, do not own a car, and ride bicycles to work. In contrast to the seeming frugality at home, they are not afraid of splurging to advance the company's pipeline of drug candidates. BioNTech projects it will generate about 12.4 billion euros in revenue this year thanks to the COVID-19 vaccine it developed with Pfizer. In Sahin's own words, they "are well-prepared to spend the money." That could be good news for shareholders and humanity at large. 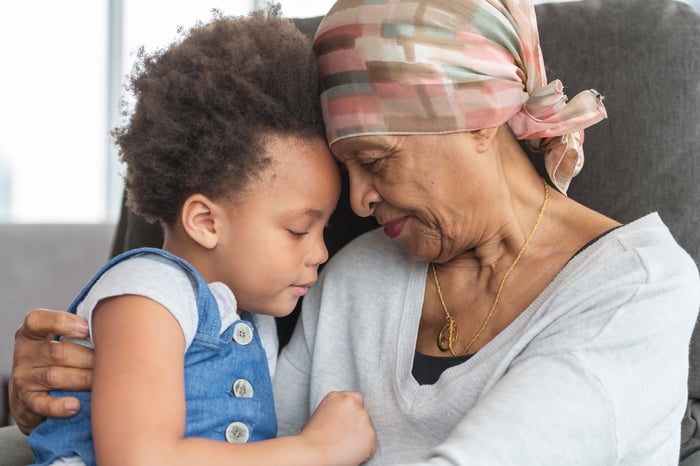 Speeding toward a second act

The drug has pushed the stock up more than 500% since the beginning of 2020. With so much success, it's natural for investors to wonder what comes next. It's especially true since BioNTech has no drugs currently beyond phase 1 trials. That could mean years before another therapy hits the market. Some analysts don't see revenue from any other drugs until 2025.

Sahin believes increasing resources and getting more experienced people into the company are key to accelerating that timeline. To that end, the recent earnings announcement brought guidance for as much as $1.25 billion in spending this year. That's a huge ramp up. The company's entire market cap was less than $3 billion shortly after going public in 2019. However, there are plenty of promising programs to fund.

In the company's first-quarter update, it provided guidance for several spending initiatives in 2021. The capital expenditures, sales and administrative costs, and money allocated to research and development are aimed at setting the company up to become a major pharmaceutical presence in the years ahead.

BioNTech has established a manufacturing plant in Marburg, Germany that will be able to produce 1 billion doses of vaccine per year. It's adding a regional headquarters in Singapore that will include automated production. Additional investments in clinical and digital capabilities will support future product launches.

Most investors are paying closest attention to the plans for the 14 drug candidates currently in clinical trials. After all, management expects to spend between 750 million and 850 million euros in research and development this year alone.

One of the most advanced areas in BioNTech's pipeline is in treating melanoma. The company has two programs it expects to advance to phase 2 trials this year, each employing a different cancer-fighting approach.

Its BNT111, combined with Regeneron's cemiplimab, has already produced promising results in early trials. This program targets antigens that are frequently exhibited in a particular type of cancer. For instance, those targeted by BNT111 are present in about 95% of melanoma patients. BioNTech calls this the FixVac platform.

Another melanoma treatment uses its iNeST platform. That's short for individualized neoantigen specific immunotherapy, and it targets antigens identified on a patient-by-patient basis. The company's BNT122 combined with Genentech's pembrolizumab takes this approach. This combination therapy has also produced encouraging results through its phase 1 study.

Beyond these programs, BioNTech is also exploring injecting messenger RNA (mRNA) directly into tumors, as well as encoding it with antibodies and cytokines in addition to several other approaches. It's a buffet of cancer-fighting methods. The influx of cash means Sahin and Tureci can fight the battle on many fronts.

More cash is on the way

There's no fear of burning through the nearly 900 million euros in cash on the company's balance sheet. More is on the way. Every update continues to increase the number of total doses the company expects to sell. The Food and Drug Administration recently expanded the authorization to include adolescents, and trials are ongoing for children as young as six months. BioNTech is also negotiating multi-year contracts around the globe and is preparing a regulatory submission for China. The company has now signed agreements for 1.8 billion doses.

So far, Sahin and Tureci have given investors no reason to doubt their ability to transform billions in investment into even more scientific advances. Investors may have to wait for the next BioNTech drug to produce revenue, but the combination of proven expertise and investment in many different approaches makes it likely shareholders will experience another success eventually. In the meantime, investors with a long-term focus might want to pay more attention to news out of clinical trials than the stock price. It is likely to be volatile over the next few years before the investments begin to pay off.