Please ensure Javascript is enabled for purposes of website accessibility
Log In Help Join The Motley Fool
Free Article Join Over 1 Million Premium Members And Get More In-Depth Stock Guidance and Research
By Rich Duprey - Jun 3, 2021 at 11:08AM

Analysts had forecast Conn's would post earnings of just $0.30 per share on $327 million in sales. Consensus estimates typically exclude one-time items that companies adjust for. 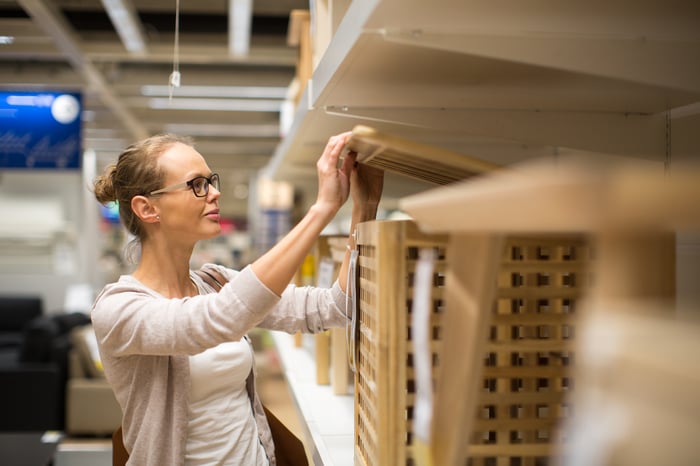 Comparable sales also rocketed 19.4% higher in the quarter, and were up just under 2% on a two-year stack, to eliminate the impact of last year's pandemic which forced most stores to close for weeks or months at a time.

While the record profit for Conn's is welcome, investors need to understand the furniture retailer and other retailers also reporting blowout earnings are benefiting from a unique scenario not likely to be repeated.

Beyond going up against much easier comparables, retail stocks are realizing a windfall because of a third stimulus package that put more money into consumers' hands. That will likely result in a hangover in quarters to come, especially next year when Conn's and others have to go up against these excellent numbers.