A $150 million acquisition seems to have sparked a mini short squeeze, but there are more important developments for long-term investors to consider.

When a stock like mobile-gaming platform Skillz (SKLZ 8.59%) is heavily shorted, a positive catalyst can send shares markedly higher in a hurry. And indeed, that's what happened to Skillz this week. It's acquiring an advertising-technology company, and that's not something short-sellers seem to have anticipated. As of market close on Thursday, Skillz stock is up more than 23% for the week.

On Wednesday, Skillz announced its $150 million acquisition of demand-side platform (DSP) Aarki. For clarity, supply side ad-tech companies work with publishers to fill their advertising slots for the highest price. DSPs are on the other side of the ad-slot auction, trying to get advertisers the most coverage for their budgets. Game developers build on Skillz's platform in hopes of reaching the broadest audience possible. And Skillz relies on DSPs to bring in enough users to meet game developers' expectations. 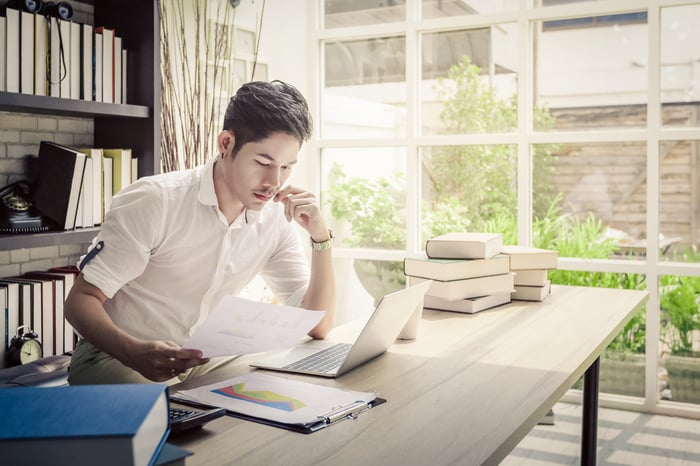 The Trade Desk is a well-know DSP. Skillz management didn't mention The Trade Desk in its conference call to discuss the Aarki acquisition, but it mentioned that it works with multiple DSPs, and DSPs have high profit margins. For illustrative purposes, The Trade Desk had a 29% net profit margin in 2020. By acquiring Aarki, Skillz can become more vertically integrated and thereby cut out the profit margin of this third party. Considering sales and marketing is Skillz's biggest expense, making these dollars stretch further is a big deal.

Skillz stock soared immediately following the acquisition announcement. But I believe this is related to the high short interest in Skillz stock. Short-sellers make money by betting on the stock going down. But if something causes them to reconsider their outlook, they may get out -- known as covering. When shorts cover, they buy shares, creating demand and sending the stock higher. And if enough short-sellers try to get out at once, the move is more pronounced and is called a short squeeze.

It seems the Aarki announcement served as a catalyst for a mini short squeeze of Skillz stock. But short squeezes aren't the kind of things that we focus on as buy-and-hold investors, since they're unpredictable and the upward moves rarely hold for long. Indeed, Skillz stock traded as high as $23 per share on Wednesday but has since come back down to about $21 per share as of this writing.

Therefore, shareholders should be watching things that matter for Skillz's long-term story. Specifically, can the company keep attracting new users to the platform? Additionally, will free users continue to become paying users? And will game developers keep choosing to build their games on Skillz's platform? These are all things investors can and should track when the company reports earnings in the quarters to come.