Please ensure Javascript is enabled for purposes of website accessibility
Log In Help Join The Motley Fool
Free Article Join Over 1 Million Premium Members And Get More In-Depth Stock Guidance and Research
By Keith Noonan - Jun 4, 2021 at 10:12AM

The company's tablets could be making a comeback in a big (and little) way.

Apple (AAPL 2.14%) is readying major new additions to its iPad tablet lineup, according to a report published by Bloomberg on Friday. The publication's sources suggest that a new installment in the iPad Mini line could launch this year and that a new iPad Pro with wireless charging capabilities could debut in 2022 -- with the caveat that development on the Pro could still be delayed or canceled.

The rumored iPads could also arrive with some significant design changes compared to previous models. The report's sources suggest that the new Pro model will switch to a glass backside panel instead of an aluminum enclosure, while the new iPad mini will have less border space around the screen and might even ditch the Home button. 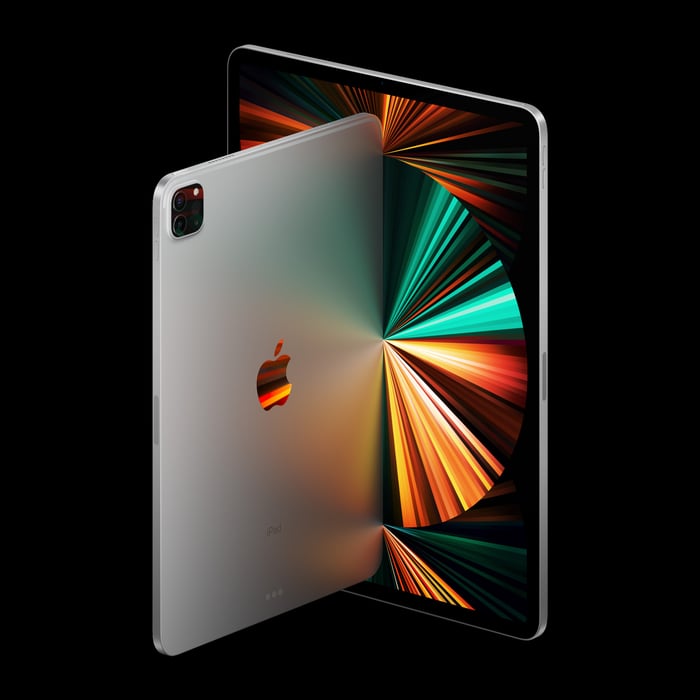 Prior to the coronavirus pandemic, tablets were becoming a less important part of the growth story at Apple, with the company's iPhones, AirPods, and software services playing a much bigger role in boosting sales and earnings. However, work-from-home and shelter-in-place conditions helped spur a resurgence for iPad sales, and Apple likely wants to keep the momentum going with new product refreshes.

iPad sales rose 43% year over year in the second half of 2020, and a 79% year-over-year increase for tablet sales in the first quarter of this calendar year suggests that the tablet family's rebound could have legs. iPads did roughly $7.8 billion in sales last quarter, accounting for about 8.7% of the company's $89.6 billion in revenue for the period.