Please ensure Javascript is enabled for purposes of website accessibility
Log In Help Join The Motley Fool
Free Article Join Over 1 Million Premium Members And Get More In-Depth Stock Guidance and Research
By Zhiyuan Sun - Jun 4, 2021 at 7:08AM

HEXO is a company that is defying all expectations.

On May 28, Canadian cannabis producer HEXO (HEXO 5.64%) announced that it would be acquiring its competitor Redecan for CA$925 million. The transaction would create the No. 1 recreational cannabis company in Canada by the third quarter 2021, and management has sights set to be among the top three global cannabis leaders. HEXO-Redecan will have a combined adult-use cannabis market share of 17%, above that of Tilray's (TLRY 5.73%) 15.5%. Tilray had become the biggest cannabis company in Canada after finishing its merger with Aphria in May.

HEXO has been on an acquisition spree this year that commenced with its CA$235 million buyout of Zenbais Global, followed by the CA$50 million deal to take over 48North Cannabis prior to this mega-deal. Here's why this is a premium cannabis stock that could deepen investors' pockets. 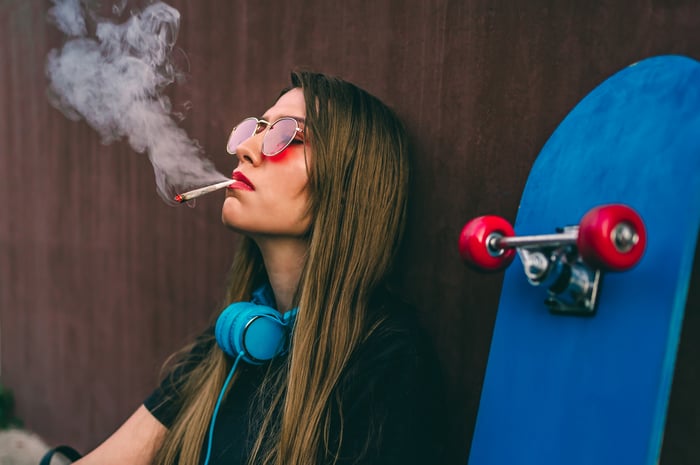 Before the agreement, HEXO was already No. 1 in the dried cannabis market in the province of Quebec, and held the top position for cannabis-infused beverages nationwide. Its line of high-concentration THC cannabis has proven to be extremely popular with customers. During second-quarter 2021 (ended Jan. 31), its revenue increased 93% from the prior year's quarter to CA$32.8 million.

It has a lot of potential synergies at play with the latest acquisition. For the record, Redecan is the third largest producer of cannabis in Canada and holds the top position in terms of customer loyalty for its pre-rolls, oils, and capsules. The company's revenue is growing at a stunning 169% year after year and has gross margins north of 50%, which are best-in-class in the industry. It is also profitable. With the new deal, HEXO could now cross-sell its high-THC cannabis to other provinces while also helping out Redecan's operations in Quebec.

The best part about the merger is that investors can buy the stock at a bargain. Right now, the companies have a combined market cap of CA$1.9 billion, compared to their last 12-month revenue of CA$211 million. That alone would give HEXO stock a price-to-sales valuation of nine, which is extremely low for a fast-growing cannabis company.

The numbers look even better after we account for its pending acquisitions of 48North and Zenabis. In the three months ended Dec. 31, 48North grew its sales by a stunning 346% year over year to CA$7.6 million. Its health and wellness products are growing in popularity in a niche market. Unlike traditional growers, 48North Cannabis focuses more on cannabis-infused bath salts, intimacy oils, body cream, and oil for growth.

As for Zenabis, that company grew its revenue by 95% over the prior year's quarter to $59.3 million in fourth-quarter 2020. It is close to breaking even. In the 12 months succeeding the acquisition, Zenabis and HEXO expect to generate CA$32 million in cost-saving synergies.

Even though HEXO stock is already up 160% year over year, there is still a lot more room for it to grow. Given the strength of its business, soaring brand popularity, and upcoming acquisition synergies, HEXO is probably the best Canadian marijuana stock to buy now.