Please ensure Javascript is enabled for purposes of website accessibility
Log In Help Join The Motley Fool
Free Article Join Over 1 Million Premium Members And Get More In-Depth Stock Guidance and Research
By Zhiyuan Sun - Jun 4, 2021 at 6:20AM

Behind the underdogs trying to achieve financial freedom are masterminds that match the best of Wall Street.

Behind the spike are the 10.3 million traders of the WallStreetBets (WSB) subreddit. Young, full of energy, and driven by a "financial independence, retire early" (FIRE) mindset, members of WSB have developed a highly sophisticated trading strategy as a means to their end.

It all starts with meme stocks: humble businesses trying to turn around their operations in the face of record-high short interest. It's the type of company that resonates deeply with underdogs. How can this setup let ordinary investors go from zero to hero? 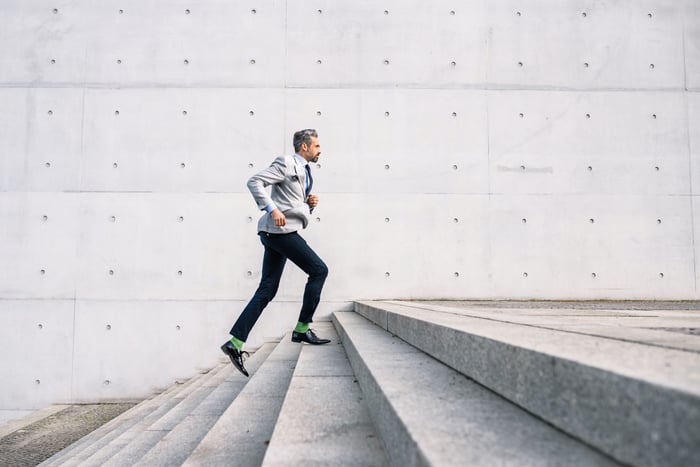 A squeeze on two fronts

With a chosen meme stock and a tightly coordinated community ready for action, it's time for the squeeze. It all starts with massive buying activity on near-term, out-of-the-money (OTM) options. For example, when Tilray was trading below $14 last month, there was substantial open interest on $20 June calls.

This is because members of the subreddit typically have small bankrolls. OTM options are very cheap, give a lot of leverage, and have a large theoretical payoff (but with an extremely low probability of getting there), making it a perfect financial instrument for the members. One hundred Tilray $20 June calls (denominating 10,000 shares), if bought in May, would cost as little as $20.10 per contract. However, those contracts would yield $10,000 in profits for every $1 Tilray stock trades above $20 at expiry.

But it's not just Reddit traders who are buying these OTM options. Short-sellers need to hedge against the chance of an infinite theoretical loss. Using OTM options, one can cap losses at a certain threshold as profits from the option can offset short losses on a one-to-one basis beyond the strike at expiry.

The phenomena causes OTM options to trade well above their fair value calculated by mathematical models, such as Black-Scholes. Market makers (MMs) are more than happy to take the opposite of the trade. By selling OTM call options at an inflated price, then buying a deep-in-the-money (DITM) put at the same strike, and then delta-hedging via buying stock, MMs can arbitrage the "overpriced" time premium on the OTM options using a concept known as the put-call parity.

The problems occur when hundreds of thousands of WSB enthusiastic and doom-and-gloom "hedgies" all buy similar OTM options on the same stock at the same time. The MM now has to sell more options to keep up with the demand, buy more puts to hedge, and more importantly, buy more of the underlying stock to hedge.

Going back to the previous example, it wouldn't take much to hedge the OTM option, perhaps as little as buying 12 shares of stock per contract. However, when there is a wave of hungry traders demanding hundreds of thousands of contracts from MMs, that can cause a lot of buying activity.

The increase in stock price attracts the attention of short-sellers, who are often nervous about any abnormal growth in the underlying stock. Frantic searches for new information regarding potential business improvements reveal nothing. Shorts then falsely deduce someone who has non-public material information must be buying and begin covering their positions.

The whole ordeal is like a nuclear reactor that has lost control. As the stock goes up in value, it induces a sense of fear of missing out (FOMO) among those in the community who did not enter the bets. This leads to panic buying for OTM options, which in turn catalyzes MMs to buy more of the underlying stock, which in turn causes more covering from short-sellers, driving up the price further and leading to even more FOMO for OTM options. It becomes a monstrous feedback loop.

The reverse, i.e., selling a DITM put, buying the OTM call, and shorting the stock to lock in a fat DITM put premium doesn't offset this type of activity. This is because it is extremely difficult to borrow shares during a squeeze, or even in general, depending on the stock. Plus, other traders, not MMs, may prefer to sell DITM puts (thereby providing liquidity) as a synthetic way to go long stocks with stringent margin requirements without paying the full price for shares.

As the stock rises rapidly, the company itself begins to take notice and issues press releases that encourage speculation. This further increases the "meme value" of shares and drives up new member growth for WSB, while also putting more chips on the table for the community. The result is a near meteoric rise in stock value in a very short period of time, leading many to go from rags to riches at the expense of hedge funds betting against the companies.

Right now, some of the meme stocks (looking at you, AMC!) are ridiculously overvalued. Investors who bought early should take profits and consolidate the gains. At these levels, any amount of negative news coverage or business mishaps could cause the stock to tank. If one really loves what the meme stocks have to offer, consider the undervalued ones instead.