The9 Limited is bucking the crypto trends today thanks to a new acquisition.

Though Bitcoin (BTC 0.21%) and other cryptocurrencies are moving lower today, shares of China-based cryptocurrency miner The9 Limited (NCTY 3.15%) were soaring more than 31% as of 2 p.m. EDT. 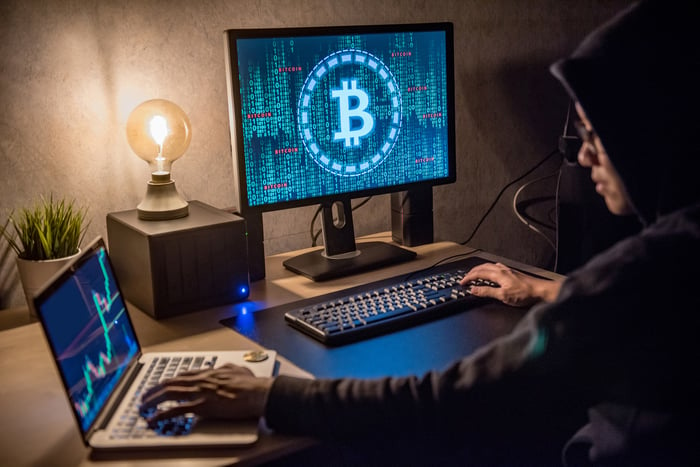 Miners like The9 often trade with the price of Bitcoin and other currencies. But even with Bitcoin, Ether (ETH 0.37%), and Dogecoin (DOGE 6.67%) all down about 3.5% today, investors are treating this news as a game changer for the company.

Cryptocurrency mining has come under scrutiny recently for the amount of power the servers require. Investors clearly like the fact that The9 is taking the initiative to develop a more sustainable mining operation. The9 will invest a total of 7.6 million Canadian dollars ($6.3 million) in two phases to take a controlling stake in Montcrypto. Once complete, the company said the 20 MW of electricity will be able to power more than 6,000 mining servers.

In addition to the Montcrypto agreement, The9 also announced today it closed an investment in another Canadian cryptocurrency mining facilities company, which will expand capacity in Manitoba from 20 MW to 32 MW. The9 will deploy its mining machines there. Investors are nodding their approval of The9's expansion plans today.

Here's Why The9 Stock Popped Today

Why Did The9 Stock Skyrocket Today?