Please ensure Javascript is enabled for purposes of website accessibility
Log In Help Join The Motley Fool
Free Article Join Over 1 Million Premium Members And Get More In-Depth Stock Guidance and Research
By Jeremy Bowman - Jun 4, 2021 at 8:15AM

Shares of the buy now/pay later specialist slipped after it reported earnings.

Shares of Affirm Holdings (AFRM -1.98%), the fintech company that specializes in buy now/pay later (BNPL) financing, finished last month down 14%, according to data from S&P Global Market Intelligence. The stock slipped after its third-quarter earnings report didn't quite live up to expectations and as pressure remained on high-priced growth stocks.

The chart below shows the stock's performance for the month. 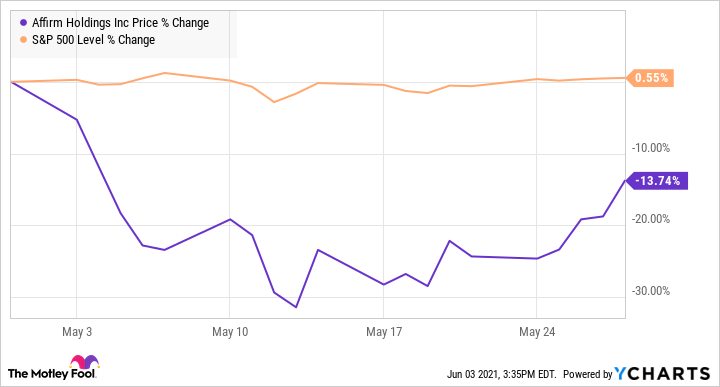 Affirm, which IPO'd in January, has had a volatile time on the market thus far. The stock initially rocketed to nearly $150 before losing more than half of its value as investors rotated out of growth stocks on concerns about valuations and rising interest rates. 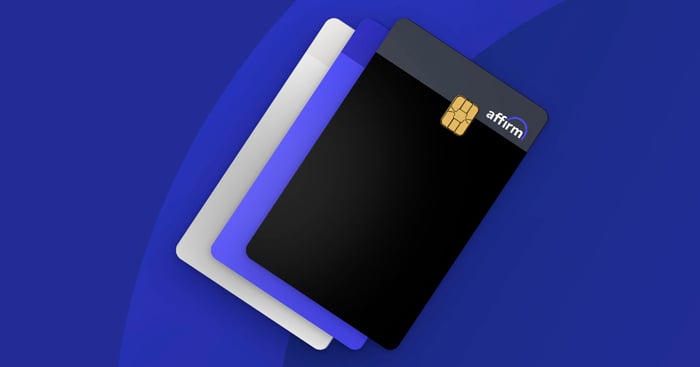 In its third-quarter earnings report, which came out May 10, Affirm posted 67% revenue growth to $230.7 million, which easily beat analyst estimates of $198.2 million. The company also reported gross merchandise volume (GMV) growth of 83%, or more than 100% when backing out Peloton, its biggest partner, which shows the business is rapidly building momentum.

However, investors seemed to be less impressed with Affirm's bottom-line performance; it reported $5 million in adjusted operating income and a per-share loss of $1.06 on a generally accepted accounting principles (GAAP) basis.

Bottom-line performance is important for Affirm because it's operating in a competitive industry against peers like Afterpay and Klarna, and it could see challenges from fintech leaders like Paypal and Square as BNPL is a fast-growing market.

Affirm's partnership with Shopify also shows promise as Affirm, which is sees itself as a credit card alternative, is the exclusive installment payment partner for Shopify and has already signed up more than 10,000 Shopify merchants.

In its fourth-quarter guidance, Affirm called for revenue of $215 million to $225 million, which represents a sequential decline from the third quarter. Affirm blamed that partly on Peloton's treadmill recall, but the weak guidance helps explain the stock's post-earnings sell-off.

With its rapid growth, wide range of partnerships, and positioning as a credit card disruptor, Affirm has a lot going for it, but its valuation and potentially stiff competition seem likely to weigh on the stock at least for the near future. Its upside potential is appealing, but if the bull thesis doesn't materialize, the stock could certainly fall further.