The EV stock dipped last month, but it's bouncing back early in June.

Shares of Canoo (GOEV 13.83%) slumped 10.2% in May, according to data from S&P Global Market Intelligence. The stock sold off amid a broader pullback that trimmed valuations on speculative plays in the electric vehicle (EV) space. 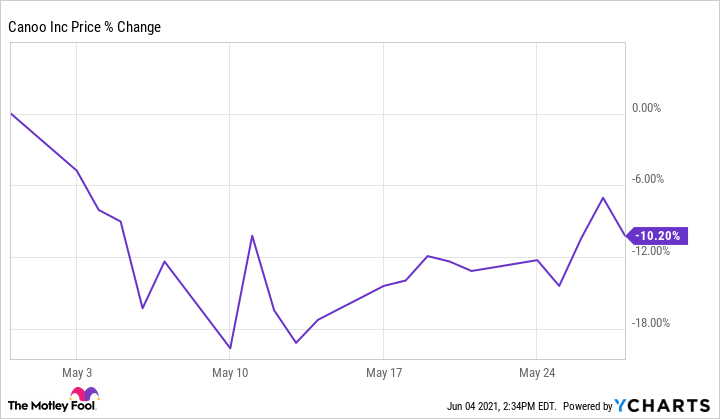 Canoo's stock appears to have gotten a boost from the company's first-quarter earnings release, but it still closed out the month down double digits. Canoo published its first-quarter results on May 17, recording no revenue in the period and an operating loss of roughly $97 million. The company also unveiled the pricing for its Lifestyle Vehicle, which is scheduled to hit the market next year and will be priced from $34,750 to $49,950. 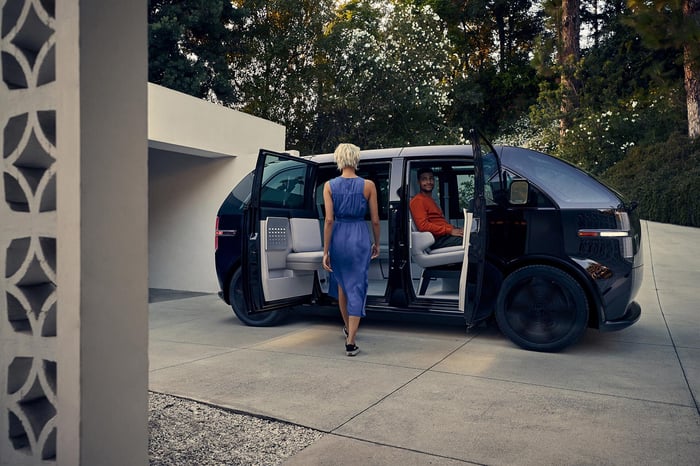 The company ended the first quarter with $641.9 million in cash and equivalent assets. For the current quarter, Canoo expects operating expenses to come in between $65 million and $75 million and capital expenditures to be between $45 million and $55 million.

Canoo stock has made gains early in June's trading. The company's share price is up roughly 10% in the month so far. 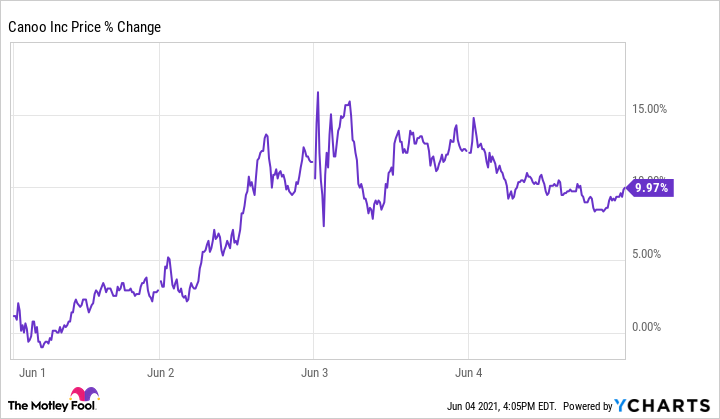 Positive market momentum appears to have been the main force driving the company's gains this month, and the company may also have gotten a lift from momentum surrounding meme stocks. Gains for EV truck specialist Workhorse Group in particular may have had a spillover effect that helped lift Canoo's shares. Workhorse's shares have surged early in June as investors have focused on it as a potential short squeeze candidate, and the attention may have also prompted investors to move into Canoo stock.

The overall EV market is poised for big growth over the next decade and beyond, but investors still have to tread carefully. There's been a surge of small players entering the space, and many of these companies have been given lofty valuations despite posting little in the way of revenue or still being in design and testing phases.

Canoo has yet to release a commercial vehicle and currently has a market capitalization of roughly $2.1 billion. While the company plans to launch a vehicle next year and follow that up with a pickup truck and vehicles tailored for delivery and sporting purposes, investors should proceed with the understanding that the business' outlook remains speculative and its stock is a risky play.

Why Canoo Stock Is Up Big Again Today

Why Canoo Stock Shot Up 80% Today

Why Canoo Stock Plummeted 35.5% in December