Please ensure Javascript is enabled for purposes of website accessibility
Log In Help Join The Motley Fool
Free Article Join Over 1 Million Premium Members And Get More In-Depth Stock Guidance and Research
By Howard Smith - Jun 7, 2021 at 10:40AM

The meme stock is picking up where it left off last week.

AMC Entertainment Holdings (AMC -4.01%) CEO Adam Aron has been ramping up his engagement with WallStreetBets retail traders. The stock had at times more than doubled last week, and it is picking up where it left off today. As of 10:15 a.m. EDT Monday, AMC shares were more than 17% higher.

After raising nearly $1 billion in capital, Aron said in January, "This means that any talk of an imminent bankruptcy for AMC is completely off the table." But he didn't stop at fending off bankruptcy. 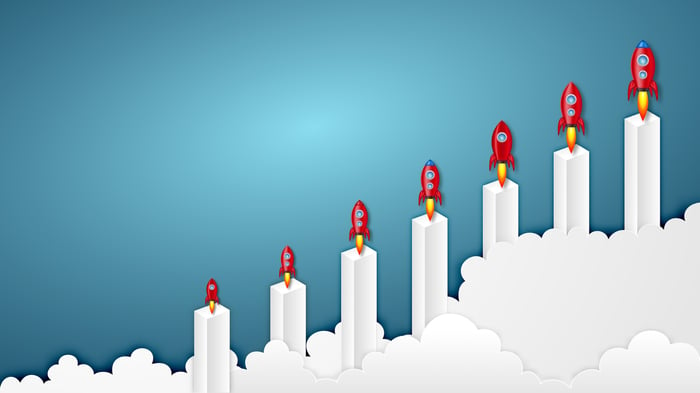 As AMC became a leading meme stock among retail traders, the company has continued to raise money -- and dilute shareholders. Aron recently began engaging directly with the retail trading crowd on social media, and even used a podcast interview last week to help convince shareholders to approve yet another new share issuance. Shareholders think it's another reason to buy.

Late last week, Aron took to YouTube for an interview with Trey Collins on the podcaster's Trey's Trades channel. He pushed the idea of authorizing another 25 million shares to add to the pile of capital the company has raised as the story stock has moved up, seemingly disconnected from underlying business fundamentals. Shareholder votes on the proposal will begin June 16.

Aron is arguing that the business fundamentals can improve with more money being put to use. He issued a statement saying: "To successfully navigate the road ahead, we seek to assemble all of the financial tools that might help us. An important tool for any company is having shares available to issue if, and only if, the right value creation opportunity arises."

Aron had previously mentioned potential acquisitions and paying down debt as potential uses of new capital. Investors committed to AMC's efforts continue to applaud the moves.