Please ensure Javascript is enabled for purposes of website accessibility
Log In Help Join The Motley Fool
Free Article Join Over 1 Million Premium Members And Get More In-Depth Stock Guidance and Research
By Jeremy Bowman - Jun 5, 2021 at 8:18AM

The movie theater is rewarding shareholders directly, strengthening the symbiotic relationship between the two.

AMC Entertainment (AMC 5.43%) shares surged Wednesday after the company announced a new program to reward the #AMCArmy of retail investors.

The world's largest movie theater operator invited its 3 million+ retail investors to sign up for a new program called AMC Investor Connect, which gives them special offers and company updates, including a free large popcorn when they come back to their first AMC movie this summer. The investor program requires investors to be members of the AMC Stubs rewards program, which is free to join at the lowest level. The highest level allows members to attend up to three movies per week for a monthly fee of $19.95.

In a statement, CEO Adam Aron said: "AMC Investor Connect will put our Company in direct communication with a retail investor shareholder base that owned more than 80% of AMC at last count. Many of our investors have demonstrated support and confidence in AMC. We intend to communicate often with these investors, and from time to time provide them with special benefits at our theatres. We start with a free large popcorn on us, when they attend their first movie at an AMC theatre this summer."

Get a room, you two

Along with Dogecoin and GameStop, AMC has been one of the big meme stock winners this year. The entertainment stock has jumped as much as 3,000% this year, thanks largely to the pumping of the stock across social media platforms including Twitter, TikTok, and Reddit, where AMC holders have posted with hashtags like #AMCArmy and #AMC500k and call themselves apes. The memes have helped encourage a wave of new investors into the stock, and given the stock an identity separate from the business.

Along the way, the stock has also gotten a boost from a short squeeze and the broader economic reopening narrative, which favors AMC as the movie theater operator nearly went bankrupt during the pandemic, when many of its theaters had to shut down.

AMC investors didn't save the company from bankruptcy. Several rounds of financing in January from mostly large investors did that, but the surge in the stock that's come from the retail investors has helped AMC by enabling the company to sell new shares for a higher price, allowing it to shore up its balance sheet and make investments in the business.

Those investors have cheered Aron along the way and even nicknamed him "Silverback," in reference to the ape theme. Aron has returned the favor, thanking retail investors repeatedly and addressing them on the recent earnings call as "An army of passionate, interested individual shareholders." In their honor, Aron said that he and the company both donated $50,000 to the Dian Fossey Gorilla Fund to help restore the gorilla population in the Democratic Republic of the Congo.

The new AMC Investor Connect program takes that relationship to the next level, rewarding the AMC Army for investing in the company and for their help stabilizing the business after a difficult period during the pandemic. 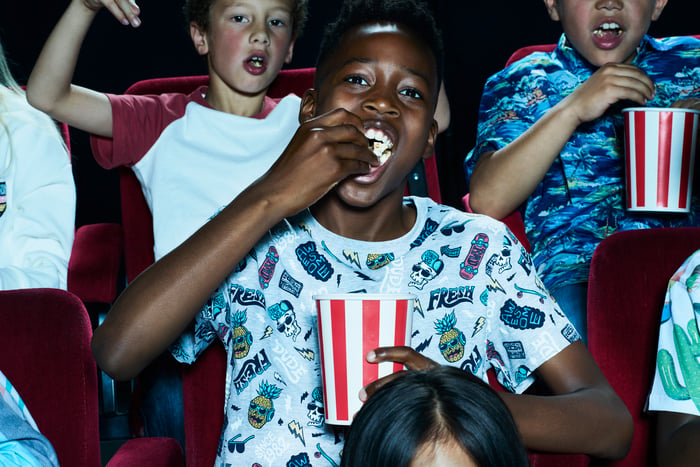 Why it's a brilliant move

During Wednesday's surge, which lifted the stock as much as 127%, AMC's market cap topped $30 billion. Prior to the pandemic, its market cap had never even eclipsed $4 billion. It's fair to say then that the company's market value has become grossly separated from the intrinsic value of the business.

However, fundamentals don't really matter to the stock at this point, and Aron gets that. What's more important is pleasing AMC's horde of retail investors, and convincing them to continue holding and pumping the stock. That's why the investor rewards program, which is unique in the business world, is such a shrewd move. It creates another incentive for investors to buy and hold the stock and to persuade others to do so, as those who have held the stock since the beginning of the year have been handsomely rewarded.

The Investor Connect announcement doubled the value of the stock in one day, adding $15 billion to the company's market value. No news about the underlying business would have done the same. It's in Aron's interest to maintain the elevated stock price, as it will make it easier for the company to raise capital, negotiate with landlords and lenders, and potentially make acquisitions.

Therefore, investors should look for Aron to find new ways to reward shareholders as he's promised. Expect to hear more about that at the company's annual shareholder meeting on July 29.