Please ensure Javascript is enabled for purposes of website accessibility
Log In Help Join The Motley Fool
Free Article Join Over 1 Million Premium Members And Get More In-Depth Stock Guidance and Research
By Rich Duprey - Jun 7, 2021 at 11:58AM

The plant-based meat alternative producer is setting the table for broader global expansion.

Shares of Beyond Meat (BYND -2.32%) were rising 5% in morning trading on Monday after reports surfaced that the plant-based meat alternative company was expanding its product selection in Australia.

What seems to have everyone excited is that Beyond Meat is introducing its plant-based meatballs in Coles, the second largest supermarket chain in Australia with over 2,500 stores.

In its first-quarter earnings conference call last month, CEO Ethan Brown said Australia was one of a number of countries in which it had secured distribution gains. Along with the U.K., Austria, Switzerland, and Germany, Beyond Meat is adding 2,400 new retail outlets for its products. 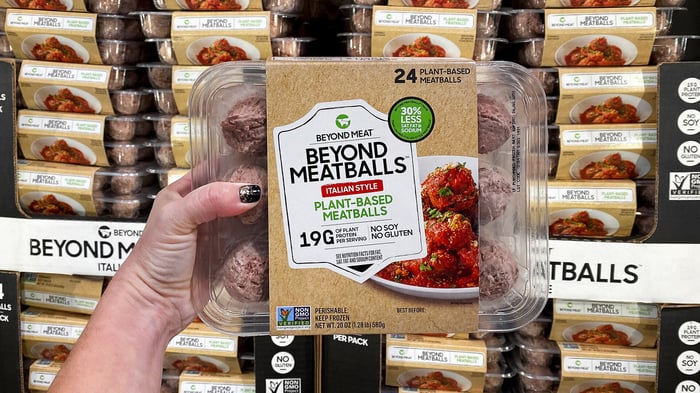 Global expansion is a big part of Beyond Meat's growth plans, and while for many that has meant focusing on how well it will do in China, the Australian market could bring with it opportunity.

Even so, Beyond Meat has been in the Australian market since 2018 and while a broader selection of products can help boost sales, investors should be cautious about whether this alone should warrant lifting its stock higher.

There still seems to be significant doubt about Beyond Meat's valuation since 25% of its shares were sold short at the end of last month, which caused CNBC's Jim Cramer to remark that Reddit traders ought to make the company their next meme-stock rally point.