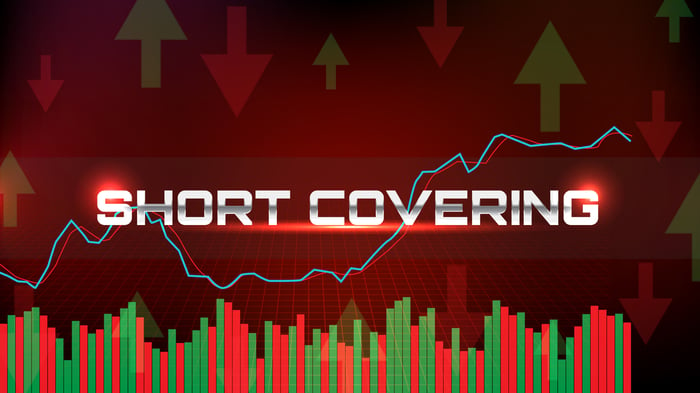 Are there catalysts behind these price movements? To an extent, and in a couple cases, yes. For example, Genius Brands got a profile boost on Thursday when its CEO, Andy Heyward, was chosen to present at the 2021 Gabelli Funds 13th Annual Broadcasting & Entertainment Symposium.

And Express received a price target bump on Friday when analysts at B. Riley reiterated their buy rating on the stock and raised their price target 28.5% to $4.50 per share in response to Q1 earnings.

But consider: Even Riley's new price target would leave Express stock trading about 15% below what the stock costs today. That hardly seems reason for optimism about Express. And whatever it was that Heyward said Thursday, it didn't seem to result in any good headlines about the stock -- so presumably wasn't material to Genius Brands' prospects for growth.

What's more, at the same as those two stocks are rising on less-than-glowing news, GameStop shares are rising despite actual bad news -- Friday's announcement that Bank of America is dropping coverage of GameStop stock because nonfundamental factors such as meme mania appear to be moving the stock much more than its valuation warrants.

In fact, that may be the real story here: meme mania, the WallStreetBets phenomenon that's been disrupting markets and sending shares of inferior businesses higher on hopes traders can profit from a short squeeze. (BlackBerry, Express, and Genius Brands have each been losing money for six straight quarters, according to data from S&P Global Market Intelligence; GameStop did earn one "profitable" quarter, mostly due to tax loss carryforwards).

And viewed from that perspective, the suddenly rising prices of the four companies -- especially GameStop -- do make some sense. According to the latest data from Yahoo! Finance, GameStop has by far the greatest short interest of these four stocks: 17% of all shares outstanding and 29% of the stock's float. Such elevated levels of short interest mean that any increase in stock price could spark a wave of short covering by hedge funds.

Of the four, though, GameStop -- the stock that started the meme stock rally in the first place -- remains clearly the most attractive target for WallStreetBets traders seeking to create a short squeeze. And today, as back at the beginning, the strategy seems to be working.