Please ensure Javascript is enabled for purposes of website accessibility
Log In Help Join The Motley Fool
Free Article Join Over 1 Million Premium Members And Get More In-Depth Stock Guidance and Research
By Zhiyuan Sun - Jun 8, 2021 at 6:03AM

A new Alzheimer's drug is entering the market thanks to Biogen. But we still don't know if it is truly effective.

On June 7, the U.S. Food and Drug Administration (FDA) approved Biogen's (BIIB -0.03%) Aduhelm (aducanumab) for the treatment of Alzheimer's disease. Shares were briefly halted pending the FDA's announcement, then soared over 60% intraday after trading resumed.

This was a major milestone for lots of reasons, including that the drug's mechanism of action largely relies on the beta-amyloid hypothesis. The theory suggests the buildup of such protein fragments in the brain is responsible for the onset of Alzheimer's disease. Many big-name biotechs have tried their hand at developing a drug targeting beta-amyloids over the past two decades. They have all failed -- until now.

The agency's decision was also unprecedented. Aduhelm previously failed two phase 3 clinical studies evaluating its efficacy and only demonstrated a therapeutic signal through a post-hoc analysis. Moreover, the FDA contradicted the advice of its own panelists, who voted unanimously that the drug did not show any clinical benefits last November. With all of this in mind, does the commercialization of Aduhelm have the potential to turn Biogen into a millionaire-maker stock? 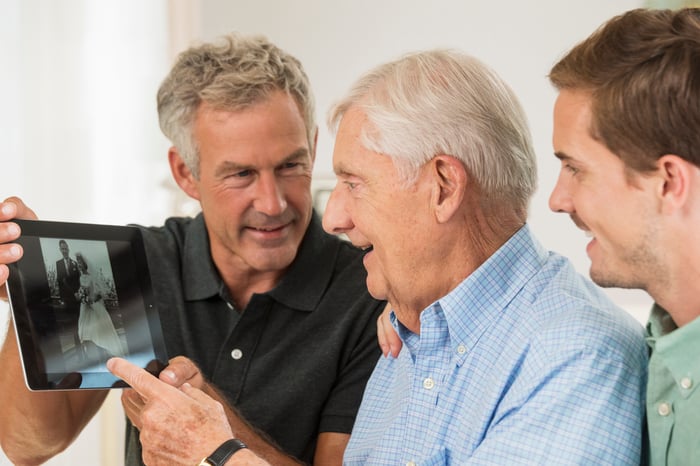 The event will undoubtedly be ultra-bullish for Biogen stock, but I think most investors will ultimately become disappointed. Despite the approval, the drug is a pretty hard sell to patients.

The Emerge and Engage trials measured patients' improvement of dementia symptoms on the Clinical Dementia Rating scale Sum of Boxes (CDR-SB), which has a maximum score of 16. The lower the score post-treatment, the better. In the Emerge study, patients taking high-dose Aduhelm saw a 22% decline in CDR-SB compared to placebo.

Twenty-two percent sounds like a lot, but it really isn't. In fact, it is minimal. Patients in the study had mild to moderate dementia with a baseline mean CDR-SB score of 2.51 in the high-dose cohort. Meanwhile, the placebo itself was effective against reducing that score by an average of 1.74 post-administration, leaving it just a 0.39 score difference with Aduhelm. The results were also not replicable across the Engage study.

This means that the drug is likely to have a small, variable effect on slowing patients' cognitive decline. However, Aduhelm was effective across all cohorts in reducing the number of toxic beta-amyloids within the brain.

Based on this discrepancy, the FDA placed a key contingency on Aduhelm's approval. That is, Biogen needs to conduct another clinical trial concurrent to commercialization to validate that a decline in beta-amyloids can translate into a definitive cognitive improvement. If Aduhelm does not meet the benchmark this time, the agency will rescind its approval.

It's hard to see how the drug could be cost-beneficial at a price tag of $56,000 per year. Generics for treating Alzheimer's disease, such as donepezil, are widely available at a tiny fraction of that price. They are also known to conclusively slow cognitive decline in clinical studies (albeit with a small effect). On top of this, Biogen has to get insurers to pay for the drug. Because it's an infusion, it will be billed under Medicare part B, so patients will have to pay a 20% copay after reaching their deductible. For all these reasons, I think it is likely that Aduhelm will be plagued by low prescription count volume when it reaches the market.

There is a lot of panic buying at the moment, as most investors expected Aduhelm to outright fail to receive regulatory clearance. In the long term, however, the drug's outlook remains very bleak, and is not enough to save Biogen's loss of exclusivity on its blockbuster drug, Tecfidera. Those who entered the stock before the spike should consider taking profits now. I think the millionaire-maker potential of this biotech has run out.