Please ensure Javascript is enabled for purposes of website accessibility
Log In Help Join The Motley Fool
Free Article Join Over 1 Million Premium Members And Get More In-Depth Stock Guidance and Research
By Zhiyuan Sun - Jun 8, 2021 at 7:18AM

Does this gene-testing biotech company have value as more than a short-squeeze play?

Over the past six months, shares of BioNano Genomics (BNGO 5.81%) have risen by a stunning 1,570%. That spike was driven mainly by the 10.3-million-member r/WallStreetBets community on Reddit. Through a coordinated buying campaign, traders on the subreddit created a short squeeze, forcing many of the large investors who had been betting against the company to buy the stock so they could close their short positions, which led to further increases in its share price.

A sizable portion of short-sellers remain undeterred by this: About 13% of the company's shares are still sold short. But is BioNano Genomics' rise a temporary aberration, or is this a genuinely undervalued biotech that can add muscle to investors' portfolios? 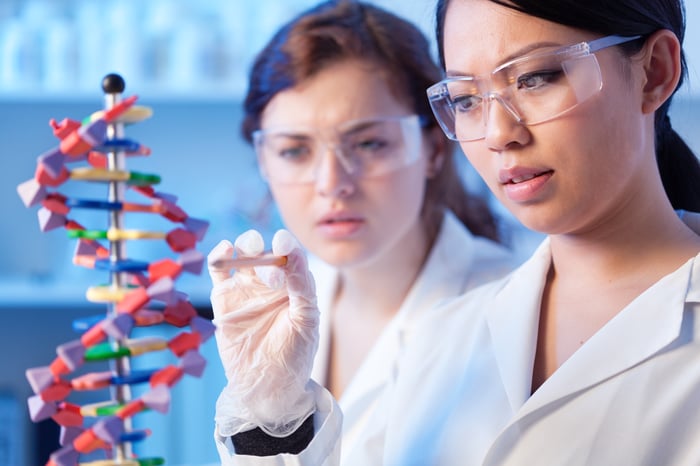 What's so exciting about BioNano?

BioNano is known for its cytogenetic testing device, the Saphyr System, which can detect large structural deficiencies within a cell's nucleus for disease diagnosis through genome mapping. The downside is that the device can experience difficulties in identifying abnormalities in tightly packed, divergent, or complex gene regions.

The Food and Drug Administration has not yet approved the device for use as a medical diagnostic tool in the U.S. However, healthcare entities can still use it for research purposes. The lack of FDA approval has also not hindered sales of the Saphyr in other countries.

On Feb. 9, the University Health Network's (UHN) Laboratory Medicine Program (LMP) in Toronto announced it would be using the Saphyr on a trial basis to see whether it can improve the facility's detection of cancer abnormalities, as well as reducing complexity and costs. The UHN's LMP is the largest hospital diagnostic lab in Canada, processing 25 million tests per year.

Recently, researchers compared the use of Saphyr with other cytogenic analysis tests on a cohort of 85 patients with constitutional diseases stemming from 100 genetic abnormalities. The result was 100% clinical concordance, meaning that Saphyr could identify the same mutations that other methods verified.

However, using Saphyr cut the time of the workflow drastically. Lab technicians could collect the sample, isolate strands of DNA, apply label patterns, load the labeled DNA onto the Saphyr chip for analysis, and scan throughput results on ultra-long DNA molecules. The entire process takes three days. Meanwhile, the average turnaround time for cytogenic analysis using other available tools takes between one week and 10 days. Using the Saphyr System could translate to as much as 50% in end-user savings for each test.

Is there enough demand?

During the first quarter of 2021, BioNano's sales grew by 179% year over year to $3.2 million. Keep in mind, however, that many of its potential customers temporarily shut down their lab operations in early 2020 in response to the spread of COVID-19. Compared to Q1 2019, its sales only increased by 77%. That's actually fairly slow growth for a company at this stage of its life.

The Saphyr is still in the infancy of its commercialization. By the fourth quarter, BioNano expects its installed base of devices to reach just 150 systems. And the company's most recent quarterly operating loss was $12.2 million.

Watch for the next step

It would be easy to jump to conclusions and dismiss this stock's recent run-up as nothing more than a pump-and-dump scheme, given the business's subpar fundamentals. But because of the rally, BioNano was able to raise some much-needed cash. It now has $362 million in cash on its balance sheet, compared to just $38.5 million last year.

With that much capital, the company could seek a premarket approval from the FDA or a 510(k) clearance for the Saphyr System much earlier than anyone had previously expected. Plus, it could use the money to scale up to commercialization efforts or invest in improving its device. But overall, I would wait to see more progress made on the sales front before I considered opening a stake in this biotech. It's probably too late for new investors to take advantage of the tailwinds that drove BioNano's recent price run-up.