The American depositary shares (ADS) of Dada Nexus (DADA -0.30%) zoomed higher on a busy Tuesday for the Chinese company. A combination of factors powered those ADS nearly 14% higher on the day.

The first, and clearly most influential, factor in Dada's Tuesday triumph was earnings. The food delivery company published its first-quarter figures after market close on Monday, revealing that it grew revenue 52% year over year to 1.67 billion yuan ($261 million). That was on the back of gross merchandise volume (GMV) that rose 79% to just over 28 billion yuan ($4.4 billion). 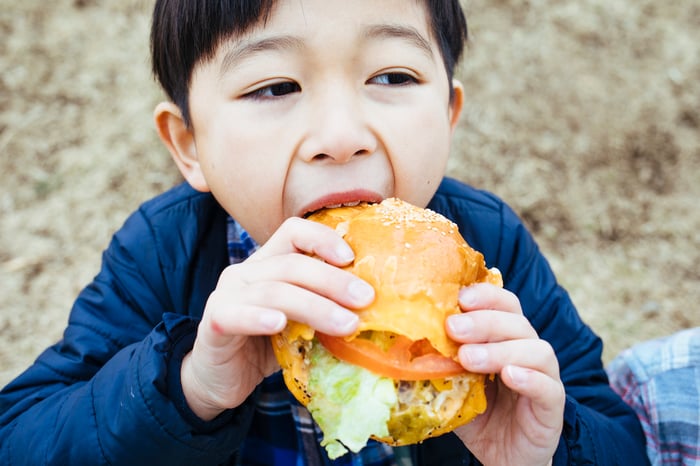 Dada is expecting higher revenue growth in its current quarter (Q2) of 72% to 78%. This was likely a major impetus behind the bull run on the stock Tuesday. The company did not provide a profitability forecast.

Another factor in Dada's popularity on the day is undoubtedly the share buyback program it's launching. The company will repurchase up to $150 million worth of its ADS over the next 12 months to be funded with cash on hand.

Dada's revenue growth momentum is very encouraging, and the company operates in a massive, underserved country. While investors should keep an eye on that still very red bottom line, Dada's prospects are nevertheless very bright.

Here's What Made Dada Nexus Stock Go Up on Wednesday