Please ensure Javascript is enabled for purposes of website accessibility
Log In Help Join The Motley Fool
Free Article Join Over 1 Million Premium Members And Get More In-Depth Stock Guidance and Research
By Matthew DiLallo – Jun 8, 2021 at 11:26AM

The LNG developer got another big vote of confidence.

Shares of NextDecade (NEXT 6.64%) catapulted more than 53% by 10:30 a.m. EDT on Tuesday. Fueling the liquefied natural gas (LNG) stock was another analyst upgrade. That's its second one in the last two days, helping propel shares by more than 100% this week.

An analyst from Evercore ISI upgraded NextDecade from in-line to outperform. The analyst also boosted their price target from $3 per share to $9, implying more than 65% upside, even after today's rally. 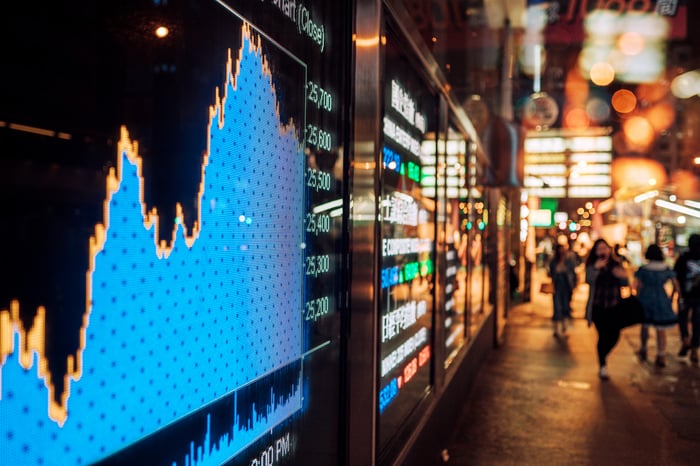 Fueling that upgrade is the analyst's increasingly bullish view of the LNG market, which they see shifting in favor of developers along the U.S. Gulf Coast. The analyst noted that buyers are increasingly signing new long-term LNG purchase agreements. That could enable NextDecade and rival Tellurian (TELL 9.62%) to secure enough new contracts to move forward with their LNG development projects.

After many years, it appears as if NextDecade will finally be able to move forward with its Rio Grande project, thanks to improving LNG market conditions. The facility has the potential of generating a significant amount of future cash flows for the company once complete. That upside suggests the stock could have more room to run, especially if it can sign enough purchase agreements to officially sanction the project.

Why NextDecade Stock Tanked as Much as 15% Today